Dating of these artifacts recovered from the sites is a challenge to C14,Carbon Dating, as C 14 is useleless in dating beyond 50,000 years.

This,coupled with the systematic misinformation about Indian history by the Agenda filled western scholars(?) Straight from Max Mueller to present day pseudo researchers from the West,the self styled Secularists and Anglophiles,who try to muddle history of India and our general reluctance to study our regional and Sanskrit texts and our labelling them as myth ,without bothering to read them, has to led us to be unaware of our history. 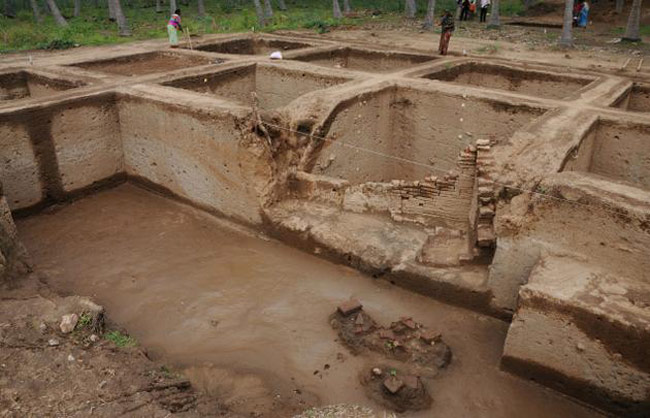 And the north south divide,the canard of Aryan Invasion and the lie of Tamil and Dravidas being antagonistic to Vedic culture has made us look at Indian history in compartments,looking at Tamil culture,history as alien,against Indian/Vedic culture and treat it as inferior or later to Vedic/Sanatana Dharma.

My researches over the past eight years prove all these assumptions  to be wrong.

The Tamil/ Dravidian culture was a part Sanatana Dharma and existed along with it.

It predatess Sanatana Sanatana Dharma, going by the findings of archelogical sites.

For example there are,

Now Kezhadi,in Sivaganga District,near Madurai has revealed a river civilization beneath the ground.

And it belongs to Sangam Era.

Sangam Era is currently dated around 3000 years ago!

Tamil Brahmi is older than this,as Cilappadikaram, a Classical Epic of Sangam Era was written, not in Brahmi, but in evolved later Tamil!

Archeologists have, in 2013, have catalogued 293 towns belonging to Sangam Era in Vaigai bed!

Time we rewrote our History.