What Was Happening in World during Ramayan Part 1 India

The information one comes across in the Indian Puranas,Purana means ‘very old’ and Ithihasa,meaning ‘It was thus (this is how it happened) are being validated by science,modern archaeology,Astronomy and cultural and Linguistic cross references among the world civilizations.

I have been exploring this and have published articles validating what is stated in these texts. 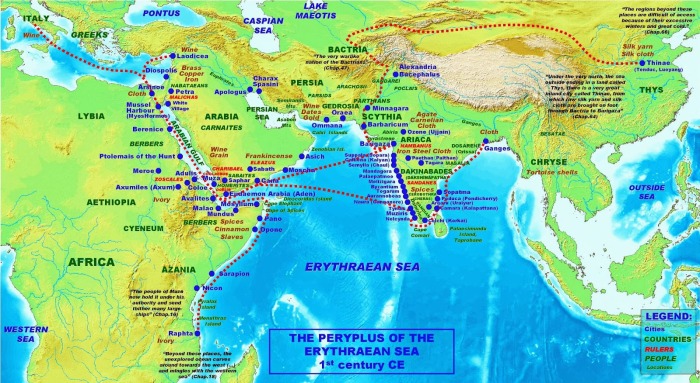 I was intrigued about what was happening in the rest of the world when ,to begin with  when Ramayana took place.

That Ramayana took place is beyond doubt has been proved by available dating tools.

Other events like Sita’s kidnapping ,Hanuman’s Meet with Sita,LordcRama’s death..

All have been proved with dates.

You may check my articles on these issues.

Now what has been happening in the rest of the world then?

One must bear in mind some facts before venturing further.

1.The landmass then ws different then.There were Super Continents like Hyperborea,Rodina,Pangea.And Lemuria and Atlantis.

It is theorised that these landmasses were destroyed because of  Tsunami.

The Tsunami is described as Great Flood in all ancient Cultures of the world.

2.Our concept of Time as Linear needs revision as Time is Cyclic.

3.Bharatavarsha is different from Bharata Kanda, where we live.

Bharata Kanda was a part of Bharatavarsha which encompassed the entire world.

So Puranas ascribe Ramayana Treta Yuga, that is, some time before 1.3 million years.

This date has been arrived at by checking Astronomical data.

This is because celestial events keep repeating at fixed intervals regularly and it is a big task to link a particular event with a celestial phenomenon.

As other details of these texts tally with historical events described about those times, one can not but accept the time frame.

So one is compelled to look at Time as Cyclic.

Please check my article on Time Cyclic to get a clear idea.

This concept of Time has been accepted by Quantum.

You may refer my articles on this.

Having these points in mind we can look at what was happening around at the time of Ramayana, in India and the rest of the world.

Interesting to note that Afghanisthan, Iran,South Asia being referred to.

And the eastern kingdoms included Southern territories as well.

In addition there are references to Tamil kings separately,indicating some thing else.

Shall be exploring the connection between eastern kingdoms and Tamil kings reference.

This article is about the kingdoms in India.

Shall be writing on other world kingdoms including Lemuria,Atlantis,MU and Uighurs.

These were the kingdoms mentioned in the Valmiki Ramayana.

The Eastern Kingdom of India finds a reference , not only in the Ramayana,but also in Vedas Puranas ,Mahabharata(Karna ruled over it) and in  Buddhist text Angaguttara and Jain text Vakpajnanapati’s  list of Janapadas.

Interestingly this area seems to have included what we know now as South East Asia.

The earliest mention occurs in the Atharava Veda (V.22.14) where they find mention along with the Magadhas, Gandharis and the Mujavatas, all apparently as a despised people.

Puranic texts place the janapadas of the Angas, Kalingas, Vangas, Pundras (or Pundra Kingdomm – now some part of Eastern Bihar, West Bengal and Bangladesh), Vidarbhas, and Vindhya-vasis in the Purva-Dakshina division.

The Puranas also list several early kings of Anga. The Mahagovinda Suttanta refers to king Dhatarattha of Anga. Jain texts refer to Dhadhivahana, as a ruler of the Angas. Puranas and Harivamsa represent him as the son and immediate successor of Anga, the eponymous founder of the kingdom. Jain traditions place him at the beginning of sixth century BCE.’

Southern Kosala was a colony of Kosala kings identified as ruling Chhattisgarhl state and the Western Odisha region of India. According to the mythological epics, the Hindu avatar Rama’s mother Kausalya came from this kingdom.’

Danda (alias Dandaka, a kingdom and a forest had the same name) is a frequemntly featured region in Hindu mythology. It was a colonial state of Lanka under the reign of Ravana. Ravana’s governor Khara ruled this province. It was the stronghold of all the Rakshasa tribes living in the Dandaka Forest. It is roughly the Nashik District, Maharashtra with Janasthana (Nashik city) as its capitnal. It was from here that the Rakshasa Khara attacked Raghava Rama of Kosala, who lived with his wife and brother at Panchavati (modern day Nashik), not far away.

The epic Ramayana also mentions Kekeya as a western kingdom. One of the wives of Dasharatha, the king of Kosala and father of Raghava Rama , was from Kekeya kingdom and was known as Kaikeyi. Her son Bharata conquered the neighbouring kingdom of Gandhara nd built the city of Takshasila. Later the sons and descendants of Bharata ruled this region from Takshasila.

This kingdom is identified to be the regions around the Tungabhadra river (then known as Pampa Saras) near Hampi and belongs to Koppal district, Karnataka. The mountain near to the river with the name Rishimukha where Sugriva lived with Hanuman, during the period of his exile also is found with the same name.

8.Kosala kingdom. Included the present UP.Rama’s mother was from this place.

10.Mithila Kingdom. The present Bihar. Sita was from here.

11.Videha Kingdom.This term is used to refer to the total area of which Mithila, now in India is a part.As this kingdom inculded the present Nepal as well,there is difficulty in identifying the Mithila where Sita was born.

Videha was an ancient kingdom in Vedic India established by King Janaka and based in Mithila, India. The kingdom’s trans-boundary is presently located in Northern Bihar of India and Mithila state of Nepal. According to the sacred Ramayana, the capital of Videha kingdom is mentioned as Ancient Mithila in Janakpurdham.’