Karnataka , as we know of it today, was a part of Deccan Plateau and it was  Karnataka Plateau.

After the formation of linguistic states history of India got murky.

Earlier India was called Bharavarsha and remained one, albeit ruled by many kings. 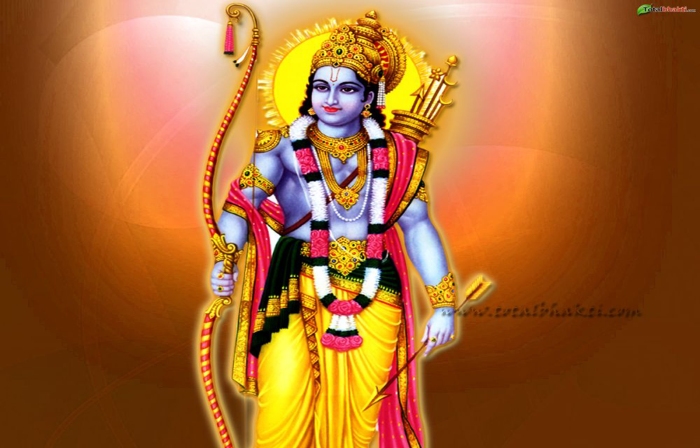 Karnataka ,till the advent of  the Satavahanas in 230BCE  was ruled either by the emperors of the North or by the Tamil Kings as this area was not  a separate entity then.

However Karnataka has prehistorical past.

I shall provide the information based on Geology and Archeology  towards the close of the post.

The recorded history of Karnataka goes back more than two millennia.

Meanwhile let us see the references in the Ramayana.

Anegundi, believed to be the monkey kingdom of Kishkindha (Kishkinta means in local language a forest where the monkeys lived) in the epic of Ramayana, is at a distance of 5 km from the historical site of Hampi. Anjanadri hill, the birthplace of monkey-god Hanuman, and the mountain Rishimuka are the other places near Anegundi associated with Ramayana. It is said to have one of the oldest plateaus on the planet, estimated to be 3,000 million years old. So, only local story-tellers refer to Anegundi as the maternal home of Bhoodevi (Mother Earth).

The picturesque village, located on the northern side bank of River Tungabhadra, was said to be the legendary Kishkindha, a kingdom of the monkey Prince Sugriva and the cradle place of the historic Krishnadevaraya dynasty of the glorious Vijayanagar empire and falls in the core zone of Hampi.

2.Pampa Sarovar is mentioned as the place where Shabari (also Shabri), a disciple of the Rishi Matunga, directedRama as he journeyed southwards on his quest to redeem Sita, his wife, from the demon king Ravana. According to the story,Shabari, a pious devotee of Rama, prayed faithfully everyday to see Rama. She lived in the ashram of her guru, Matunga in the place know known as Matunga Parvat, in Hampi. Before her guru Matunga Rishi died he told her she would certainly see Rama. After his death, Shabari continued to live in the ashram awaiting Rama. Many years passed by and Shabari became an old woman, before Rama stopped at the ashram on his journey to Lanka. She proceeded to feed Rama and his brother Lakshmana. Touched by her piety Rama and Lakshmana bowed down at her feet. Then, they narrated to her the incident of Sita’s kidnapping and Shabarisuggested that they seek help from Hanuman and Sugriva of the monkey kingdom who lived further south near the Pampa lake. Pampa sarovar is also famous for the pushti marg vaishnavas, where in Srimad Vallabhacahrya had performed Srimad Bhawwad in the 16th century, in is many bharat darshan visits, also reafirms the importance of the holy place..

3.Sringer is the place where Sage Rishyasrunga, son of Vibhantaka brought rains to the drought affected kingdom of Romapada.(Balakanda of Ramayana).

4.There is Rishyasrunga Hill near Sringeri.

5.Rama’s sister Shanta  was married to Romapada.Romapada was the King of Anga Desa, now in Pakistan, near Mohenjo Daro. His son-in-law  was Rishyasrunga, which makes Rishyasrunga Rama’s Sister’s husband!

Shanta is said to be the daughter of Dasharatha and given to Romapada in adoption, and Rishyasringa marries her alone. This is what Sumantra says to Dasharatha at 1-9-19.

The son of the king of Anga, the earlier king of Anga kingdom, will be known as Romapada, or also know as Chitraratha, and the highly renowned king Dasharatha approaches Romapada. Then king Dasharatha says to king of Anga “oh, righteous one, I am childless and hence I intend to perform a Vedic ritual. Let the husband of your daughter Shanta, Sage Rishyasringa, preside over that Vedic ritual at you behest, for the sake of progeny in my dynasty.

“On hearing those words of king Dasharatha that benevolent soul Romapada, the king of Anga, considers heartily and agrees to send the one who endows progeny by rituals, namely Sage Rishyasringa his son-in-law.

The words pradaasyate putravantam are read in some translations as ‘Rishyasringa who already has a son…’ while others read it as ‘a sage who endows progeny by putra kameSti ritual…’ But in Maha Bharata father Vibhandaka says to Rishyasringa to comeback after begetting a son, which Rishyasringa did not concede. So taking this some say Rishyasringa has a son. But it is generally accepted that putravantam as aahitaagni, Vedic ritualist of eminence, according to: j˜ta putra× k®þõa keþo agnŸn adhŸta…according to shruti scripture.

“On receiving that Brahman, Sage Rishyasringa, at the behest of his father-in-law, that king Dasharatha gets rid of his febrile condition and will accomplish that Vedic ritual, feeling very felicitous in the depths of his heart.

“That king, the desirer of glory, the knower of virtue and the lord of people, namely Dasharatha will be requesting that best Brahman Rishyasringa with his palms adjoined in supplication for the conduct of ritual, for progeny and even for his heavenly abodes, and that king of all the quarters of earth will accomplish those desires from that eminent Brahman Rishyasringa.’

Gokarna is the place where Ravana kept the Atmalinga down.

There is a lake called Agastya Lake bear Vatapi, now called as Badami.

The pre-historic culture of Karnataka (and South India in general) is called the hand-axe culture, as opposed to the Sohan culture of North India. Paleolithic hand axes and cleavers in the shape of pebbles made with quartz and quartzite which have been found in places such as Lingadahalli in Chikkamagaluru district and Hunasagi in Yadgir district, and a wooden spike atKibbanahalli in Tumkur district are examples of old stone age implements.There are reports that a polished stone axe was discovered at Lingasugur in the Raichur district[7][8] Neolithic sites (new stone age) of importance are Maski in Raichur district,Brahmagiri in Chitradurga district etc., with abundance of evidence that man begun to domesticate animals such as cows, dogs and sheep, use copper and bronze weapons, wear bangles, rings, necklaces of beads and ear-rings and have burial chambers. To the end of the Neolithic era, during the Megalithic age, people in Karnataka began to use long swords, sickles, axes, hammers, spikes, chisels and arrows, all made of iron.

Scholarly hypothesis postulates contacts between the Indus Valley (3300 BCE – 1300 BCE) cities of Harappa and Lothal, citing the discovery of gold found in the Harappan sites that was imported from mines in Karnataka.

Like Loading...
‹ India Was Near North Pole Rodinia Continent Vedas In Arctic
Which Is Older Kannada Or Tamil ›