India Was Near North Pole Rodinia Continent Vedas In Arctic

Geological research throws interesting light on the formation of the Earth.

Surprising is the fact  that these researches validate the Indian Tets, Puranas, Ramayana and Mahabharata.

I have been writing on Sanatana Dharma, validating the events narrated in Indian texts with the help of Geology, Anthropology, Infra Red dating of Fossils, Etymology of the words in world languages, Cultural similarities and archeology,

These endeavours point out to the fact that the earth was one big land mass in the distant past, about 4 Billion years ago and the places mentioned in the Indian texts are validated by Geology. 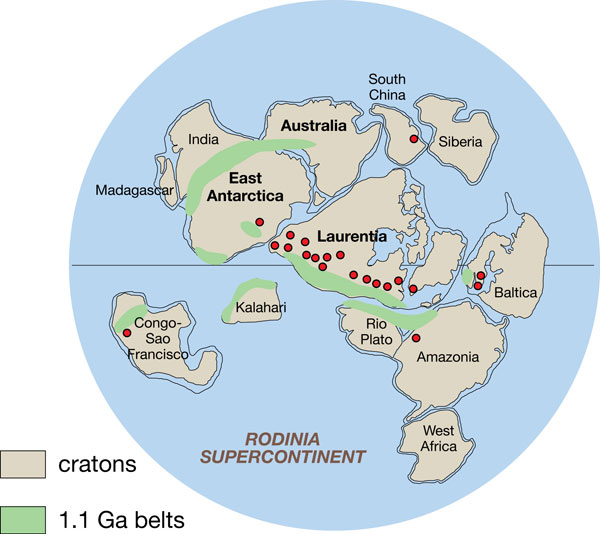 There is an archeological site near Chennai, India, which is one million years old.

I have written article on all these with evidence.

Benares, Varanasi, is the world’s oldest town being inhabited continuously.

Tamil , a language of India, is about a Million years old and they quote the Vedas and they in turn quote Tamil!

All the Great floods of India find reference in Indian Texts.

One great flood was after Ramayana about more than million years.

Another is around 30, 000 years ago when Dwaraka sank.

And evidence of these are found and I have written on these as well.

And there is Lemuria, the ancient land of the Tamils, along with Atlantis, Uighur.

Please read my posts on these.

While the initial landmass broke up, it baume Pangea, Sundaland, Lemuria in that order.

What can not be disputed is that there was a single landmass encompassing the earth.

These broke up into seven islands, the Dweepas of India.

What if the drifting contents paced India, then called Bharatvarsha near the North Pole?

Our whole perception shall change and the Puranas stand validated.

Here is what Geology has to say, confirming my  theory that India was near the North Pole..

“In geology, Rodinia (from the Russian “Родина”, ródina, meaning “The Motherland”) is the name of a hypothesized supercontinent, a continent which contained most or all of Earth’s landmass. The name was coined by McMenamin & McMenamin in 1990. According to plate tectonic reconstructions, Rodinia existed between 1.1 billion and 750 million years ago[contradictory], in the Neoproterozoic Era. It is one of two models for the configuration and history of the continental crust in the latter part of Precambrian times. The other isPaleopangea.Rodinia is postulated to have formed at ~1.0 Ga by accretion and collision of fragments produced by breakup of a hypothetical older supercontinent, Columbia, assembled by global-scale 2.0–1.8 Ga collisional events.Rodinia has entered popular consciousness as one of the two great supercontinents of earth history, the other being Pangaea…

Rodinia’s landmass is considered to have been centered south of the equator.Most reconstructions show Rodinia’s core formed by the North American craton (the laterpaleocontinent of Laurentia), surrounded in the southeast with the East European craton (the later paleocontinent of Baltica), the Amazonian craton (“Amazonia”) and the West African craton; in the south with the Rio de la Plata and São Francisco cratons; in the southwest with the Congo and Kalahari cratons; and in the northeast with Australia, Indiaand eastern Antarctica. The positions of Siberia and North and South China north of the North American craton differ strongly depending on the reconstruction:

Little is known about the paleogeography before the formation of Rodinia. Paleomagnetic and geologic data are only definite enough to form reconstructions from the breakup of Rodinia onwards. Rodinia is considered to have formed between 1.1 billion and 1 billion years ago and broke up again before 750 million years ago.Rodinia was surrounded by the superocean geologists are calling Mirovia (from Russian мировой, mirovoy, meaning “global”).

The Rodinia hypothesis assumes that rifting did not start everywhere simultaneously. Extensive lava flows and volcanic eruptions of Neoproterozoic age are found on most continents, evidence for large scale rifting about 750 million years ago.As early as 850 and 800 million years ago,[18] a rift developed between the continental masses of present-day Australia, eastern Antarctica, India and the Congo and Kalahari cratons on one side and later Laurentia, Baltica, Amazonia and the West African and Rio de la Plata cratons on the other. This rift developed into the Adamastor Ocean during the Ediacaran…”

Fragments of an ancient continent are buried beneath the floor of the Indian Ocean, a study suggests. Researchers have found evidence for a landmass that would have existed between 2,000 and 85 million years ago. The strip of land, which scientists have called Mauritia, eventually fragmented and vanished beneath the waves as the modern world started to take shape. Evidence constituted of zircon found on Mauritius beaches; the zircon pieces are considerably older than the basalt that constitutes the oldest formations on the island at 8.9 million years.

Until about 750 million years ago, the Earth’s landmass was gathered into a vast single continent called Rodinia. And although they are now separated by thousands of kilometres of ocean, India was once located next to Madagascar. Now researchers believe they have found evidence of a sliver of continent – known as a microcontinent – that was once tucked between the two.

The team came to this conclusion after studying grains of sand from the beaches of Mauritius. While the grains dated back to a volcanic eruption that happened about nine million years ago, they contained minerals that were much older. Professor Trond Torsvik, from the University of Oslo, Norway, said: “We found zircons that we extracted from the beach sands, and these are something you typically find in a continental crust. They are very old in age.” The zircon dated to between 1,970 and 600 million years ago, and the team concluded that they were remnants of ancient land that had been dragged up to the surface of the island during a volcanic eruption. It would have spanned millions years of history, from the Precambrian Era when land was barren and devoid of life to the age when dinosaurs roamed the Earth.

But about 85m years ago, as India started to drift away from Madagascar towards its current location, the microcontinent would have broken up, eventually disappearing beneath the waves. However, a small part could have survived. “At the moment the Seychelles is a piece of granite, or continental crust, which is sitting practically in the middle of the Indian Ocean,” explained Prof Torsvik. “But once upon a time, it was sitting north of Madagascar. And what we are saying is that maybe this was much bigger, and there are many of these continental fragments that are spread around in the ocean.” Further research is needed to fully investigate what remains of this lost region.

The Vishnu Purana describes the formation of the eart on similar lines.

Citations have been provided at the end of each refernces.

Image credit from the respective sources mentione above.