Home › Hinduism › Twenty Four Meters for Gayatri One For Each Syllable.

Twenty Four Meters for Gayatri One For Each Syllable.

The Gayatri Mantra, the Mother of all Mantras explained in Hindu Texts is the ultimate mantra and is called Maha Mantra.

One can understand the significance of the Mantra by the following statement. 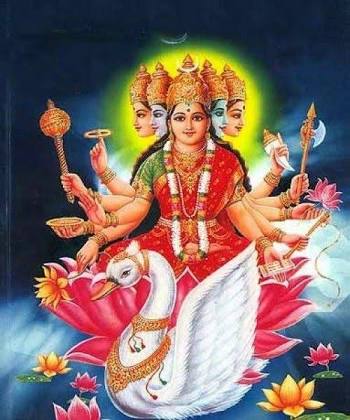 Mantras are not mere letters.

They represent vibrations and as such they are to be heard and learnt and not by writing/reading.

This applies to all Hindu scriptures right from the Vedas.

The sounds are captured in Syllables and Mantras have never been written as a poem or as Prose.

Individual Syllables are locked mystically and together they form a Mantra.

Placement of the syllable results in delivering different results.

Mantras were grasped from Ether by the Rishis, Seers and were released by them for the welfare of Mankind.

Each Mantra has a Rishi, Devata and Athi Devata.

And each mantra has to be chanted in a specific meter called Chandas.

For more details on Chandas please read my article.

The speciality of Gayatri. thpugh it is a Mantra. It is a Chandas, that is Meter!

The avahana, the welcome and seating of the Gayatri Mantra is,

It is clearly stated that the Meter of Gayatri, the way it is ti be chanted is the Gayatri meter.

Every letter of 24 of Gayatri has one Rishi , in all twenty four Rishis for twenry four Syllables.

Now Gayatri , a meter by itself has twenty four Meters.

It can be intoned in twenty four meters, a rarity for A Mantra as a Mantra can be recited only in on meter.

Each syllable Gayatri has one chandas, that is the essence of the specific Meter.

One can chant in this way.

The other method is to chant Gayatri in any of the 24 Chandas.

Each Recitation has a different effect .

I shall be writing on this in detail.

Inputs on this is requested from Scholars.

The twenty Four Chandas, meters of Gayatri are,

I shall be writing on the 24 Reigning Deities of Gayatri.