I have to refer, in my attempt to unravel Indian History, to a lot of materiel  from Archaeology,Astronomy, Etymology,History,Linguistics, local, foreign Legends,Religious texts,Ancient maps and the temples around the world. 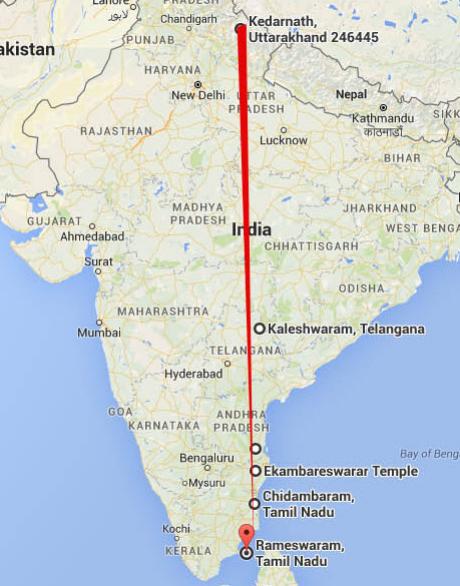 I have written on ,

And more.Please check the related posts in each article mentioned above.

I have also written on the Pyramids of Egypt, Temples in the South East and Middle East.

There seems to be some geometry associated with them, which we are yet to unfathom.

I am checking on these.

I am producing information on Eight Shiva Temples of Shiva.

They are located in the same Longitude,

Now There are eight Shiva  temples in the same Longitude.

This could be due to the spinning fo the earth’s Axis and its consequent shift.

I shall be writing more on  Geometrically aligned structures in the World and their connection to Hindusim.

Of course I shall be writing on Rosaline Line