I received a comment on sub caste among Brahmins thus.

I have read few of your blogs and i must say that I like all of the blogs I read, sir I have a query in the category of Hinduism my question is what is the difference between a Shrotriya Brahmin and a Agnihotri Brahmin ? Total how many categories of Brahmin are there? I don’t get my answers anywhere can you clear my queries, I hope you can definitely able to answer my questions. once again I like to congratulate you for your hard work and writings and the information you provide to the youth is very useful Happy Diwali to you and your family
Thanks
Amarnath Chakravartty ‘ 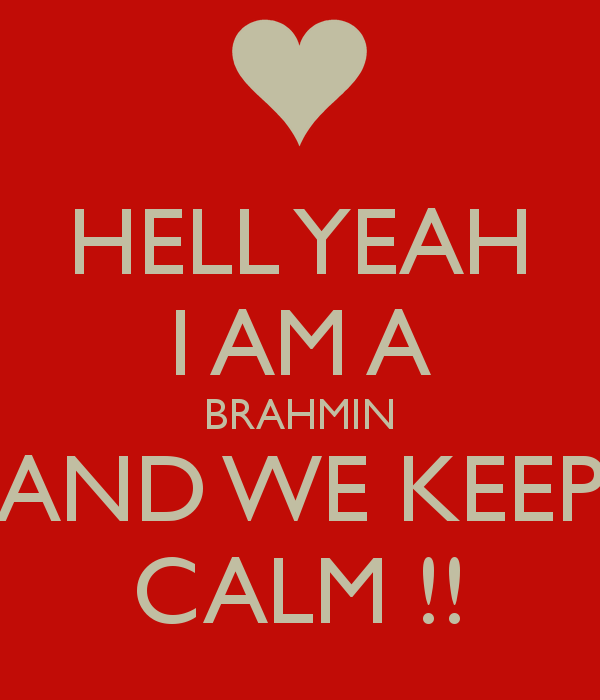 Vedas, the sacred texts of the Hindus  speak of Reality and the ways to realize It.

This Reality can be realized either by performing Rituals or through the Mind through the process of discrimination.

So the Vedas have two portions,

The Karma Kanda which describes the Rituals to be performed while the Gnana Kanda approaches the Reality from the Intellectual point.

Karma Kanda must have its base in Gnana Kanda.

The Brahmana portions of the Vedas deal with mainly Karma kanda , describing the duties to be performed by a Brahmachari, the Celibate, Gruhastha, the Married,Vanaprastha, the semi retired and Sanayasi who has renounced everything.

These are the four stages of Life envisioned by the Vedas.

The Upanishad portion of the Vedas speak of Reality as a principle ad it forms the Gnana kanda of the Vedas.

There is no question of any division among the people as the Vedas are meant for  Humanity.

The classification in society comes in based on the Realization of Brahman, the Reality.

Those who realized it were called Brahmanas.

Then , based o the disposition of the individual, duties were assigned.

the Society was organised on the basis of dispositions and tendencies, both genetic and shaped by the environment.

Basically , on the basis of the three Gunas and their interplay,Sathva, Raja and Tamas, three tendencies and dispositions were noted.

The calm, knowledgeable and ascetic and selfless-Sathva

Active’ Go-getters, protectors, emotional and Compassionate at the same time-Rajas.

All the three qualities are present in every man and these keep on changing in the individual every minute and one has to strive to keep the right balance.

Based on the predominant disposition observed for a reasonable period of Time the Society was grouped as under.

The real word denotes’ one who has realized Brahman, The Reality”

Later this was used to denote a group that practiced Compassion, selfless service and was knowledgeable.

They were entrusted with the responsibility of teaching the Community of Value systems and pray for All.

They were not paid.

The Society took care of them in kind, grains. cloth,shelter, land by the Kings.

Those who have these characteristics are Brahmanas , not every one who calls him self a Brahmana..

Brahmins were not expected to save, nor hod properties of their own,.

This sloka tells us who a Brahmin is.

Adyayanam-Pracctice of reciting the Vedas, with meaning.

Yajanam-performance of the Yagnas and Yagas.’

Who is a Brahmin

As society evolved, people belonging to one group took on the duties of the other group as well.

And there were also marriages between these groups.

So, the duties underwent a change, though the original classification based on disposition holds good.

Caste is by disposition and not by birth.

We have Viswamitra, a Kshatriya King being elevated to the status of a Brahma Rishi .

And he gave the most sacred mantra of Hinduism, the Gayatri Mantra.

And at the other end we have Sags like Vasista performing the duties of a advisory to Kings, Ikshvaku dynasty.

We have Dronacharya and Krupa taking up arms in the Mahabharata..

Over a period of time the different groups started mentioning their geographical locations to identify the group,like the Maithili Brahmins , indicating that they are from Mithila.

We have Vadamas among Iyers in Tamil Nadu indicating that they are from the Northern banks of River Cauvery, like Saraswat Brahmins who hailed from River Sarasvathi’s Banks.

W have people using their main occupations, even among Brahmans,like Upadhyaya, who concentrated on performing the rituals for others, though it the duty of every Brahmin.

We have Agnihotris who perform the Agnihotra daily, which is the daily duty  of every Brahmin.

The geographical and other identifying marks among Brahmins came later.

And there is no differentiation among those who worship Shiva and Vishnu, like Saivaites and Sri Vaishnavas.

This differentiation does not have the sanction of the Vedas.

Similar to these is the difference is the one between Shodriya Bramins and Agnihotri Brahmins.

Those who learn the Sruthi, the Vedas are called Srodhriya, by listening.

Vedas are to be learnt only by listening and not by writing and reading.

So there is no difference among Brahmins or no sub caste according to Vedas.

‘Darbhanga Raj, also known as Raj Darbhanga and the Royal Family of Darbhanga, were a family of Zamindars and rulers of territories that are now part of Mithila and Darbhanga district, Bihar, India. Their seat was at the city of Darbhanga. The estate of Darbhanga Raj was estimated to cover an area of 2,410 square miles (6,200 km2), incorporating 4,495 villages within 18 circles in Bihar and Bengal and employing over 7,500 officers to manage the estate. The Raj Darbhanga trace their origin to maithil Brahmin at the beginning of the sixteenth century…

North Bihar was under a state of lawlessness at the end of the empire of the Tughlaq dynasty. Tughlaq had attacked and taken control of Bihar, and from the end of the Tughlaq Empire until the establishment of the Mughal Empire in 1526 there was anarchy and chaos in Bihar. Emperor Akbar (ruled 1556–1605) realised that taxes from Mithila could only be collected if there was a king who could ensure peace in the Mithila region. The Brahmins were dominant in the Mithila region and Mithila had Brahmin kings in the past.

Maharajah Sir Lakhmishwar Singh, G.C.I.E., of Darbhanga, who was only in his forty-third year at the time of his death in 1898, was in every sense the best type of the Indian nobleman and landlord. He was the leading zamindar in Bihar, where he owned no less than 2,152 square miles with a net yearly rental of 3 million rupees, and was the recognized head of the orthodox Hindu community. His philanthropy and his munificent contributions to all public movement won him the esteem of all classes and creeds. He took an active part in public life and enjoyed a high reputation as a progressive and liberal-minded statesman. With but slight interruptions he was a member of the Supreme Legislative Council from the year 1883 until his death, and latterly he sat in that body as the elected representative of the non-official members of the Bengal Council. “Few Asiatics have combined more successfully in themselves the apparently incompatible characteristics of East and West.[1]

Emperor Akbar summoned Rajpandit Chandrapati Thakur to Delhi from Garh Mangala (now in Madhya Pradesh) and asked him to name one of his sons who could be made caretaker and tax collector for his lands in Mithila. Chandrapati Thakur named his middle son, Mahesh Thakur, and Emperor Akbar declared Mahesh Thakur as the caretaker of Mithila on the day of Ram Navami in 1577 AD. A poet has written about this event: