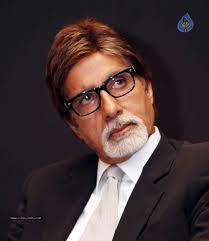 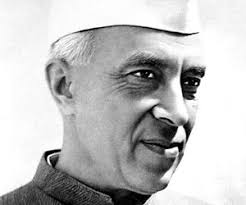 In researching reincarnation theory, which has been strengthened by latest true cases, he states these observations.

Leaving aside the veracity of these statements, it is undeniable that Reincarnation is true.

Read my blogs under ‘Hinduism’

To understand whether human beings come back in another body is a fascinating — and controversial — subject that has attracted a lot of debate. Till the past few decades, it was dismissed as bunkum, fit only for potboilers and masala movies. But many, according to Semkiw, are taking reincarnation more seriously now — and coming around to the acceptance of rebirth as a natural phenomena. “This is primarily because of the extensive research done by Dr Ian Stevenson of the University of Virginia, who studied almost 3,000 children who claimed to have past life memories. In 700 of these cases, memories were so detailed that he was able to factually validate them,” he says. Stevenson’s book “Twenty Cases Suggestive of Reincarnation“, first published in 1966, is regarded by many as a classic work of reincarnation research. “Anyone who reads “Twenty Cases” with an open mind will develop a belief in reincarnation,” says Semkiw. …

Among the earliest therapists in the country, Newton Kondaveti, a Hyderabad-based doctor, left his medical career to focus on PLR. He now has a packed schedule of workshops , where people queue up to explore their past lives and also learn regression techniques. Kondaveti says there is a practical application of this knowledge. “Through PLR, one can get a clear understanding of why situations in this life are the way they are, and find solutions for the problems faced in the present life,” he says.

Many of those who have undergone past life regression vouch for its efficacy. Actress Celina Jaitly — who discovered in a regression session that she was a man in a past life — says that knowing one’s past life can be an extremely useful source of self-knowledge, inspiration and healing. “It helped me come to terms with several areas,” she says. “It helped me a lot in discovering and dealing with certain aspects of connection to my parents, sibling and other important relationships.”

Since regression essentially plays out in the mind, a common skepticism is that what passes off as a past life memory is just the mind playing tricks. But Kondaveti is emphatic that past life visions are not figments of the imagination. “When you imagine something, you will come up with something different every time. But in most people, the same visions are seen when the same past life is re-visited.”

Those who have remembered factual details from their past life through regression have often checked the authenticity of the information. Many have been quite surprised at what they found. Chennai-based Susheel Nair recalls seeing himself as a pilot , working with KLM airlines whose aircraft — a DC-6 passenger plane — crashed into an apartment building in Munich in 1951, killing all the 52 people on board. Nair says that after the session was over, he was unsure whether he had actually seen his past life. But when he searched for this information on the internet he could find, buried in a corner of the official KLM website all the details of the crash. It matched with what he saw, right from the make of the plane to the number of people killed. He says, “The experience helped me understand and deal with my childhood phobia of turbo-prop planes like the DC-6.”