I have, through this blog, been trying to trace the origin of various civilizations , from 2009.

I am on always on the look out for new information on world civilizations.

When one checks the history of A people or a culture, one tends to stop at the last information.

For instance, if one wants to know the Civilizations of Greece, Assyria, Sumeria or Akkadian in thecwestern hemisphere one should seek further information on how these civilization had come into being.

How did their culture evolve?

What was happening around the world at that time?

Whom did they conquer?

Are there mentions of these civilizations in other contemporary cultures?

What were their relations with other countries?

If one takes time to check all these, one may be able to find resonably accurate data.

I have written on the Jews origins to Indian Vedic Tribes, Lakshmi was worshipped as a Cannanite Goddess, Pillars of Hercules were dedicated to Balarama, Krishna,Dinosiyus was Lord Shiva, Dome of the Rock was Krishna temple……

The Egyptian civilization has its roots in India.

Hindu thoughts are found in Greece much before Alexander’s Information of India.

Greek philosophy is much closer to, seems to have been inspired by ,Santana Dharma/Hinduism.

The Greeks seem to have had trade relations with Tamils of India , probably earlier to the time they had with North India.

I shall be attempting to trace the History of Egypt, its culture, Religion,Philosophy and their Pharaohs.

Secular Historians may wait till I complete the series, this series may take four to five articles, before jumping the gun.

Let me start with the name Egypt.

‘The English name “Egypt” is derived from the Ancient Greek “Aígyptos” (“Αἴγυπτος”), via Middle French “Egypte” and Latin “Aegyptus”. It is reflected in early Greek Linear B tablets as “a-ku-pi-ti-yo”. The adjective “aigýpti-“/”aigýptios” was borrowed into Coptic as “gyptios”, and from there into Arabic as “qubṭī”, back formed into “قبط” (“qubṭ”), whence English “Copt”. The Greek forms were borrowed from Late Egyptian (Amarna) Hikuptah “Memphis”, a corruption of the earlier Egyptian name..

As I have written earlier on the history of Africa and Middle East, present history makes one to believe that there was only tribalism in Africa before the advent of Christianity and The middle East was a den of Nomads with no noticeable culture worth the mention before the Prophet.

A close study of these continnt, countries shall reveal an illustrious past of great civilizations.

Egypt derives its name from Ajaps.

Earlier civilizations knew of the Solar Dynasty of India

Lord Rama belongs to this dynasty.

Rama went to War with Atlantis

One can find the references to Rama in the middle east.

For Example Rama Chapel in Ur. 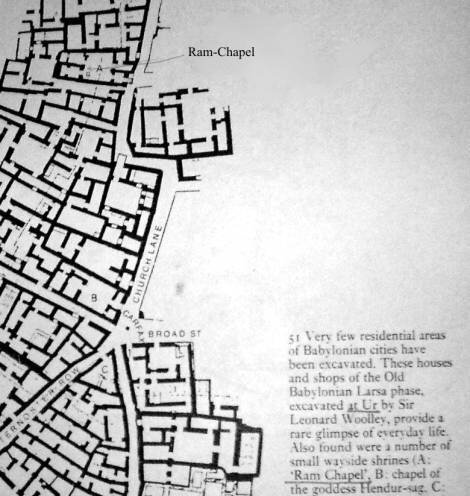 Areas nearby abound with References to Hinduism.

The Gobeklitepe temple was built by Brahmins.

I shall deal with these points in the next few articles.

Aja’s father was Raghu, a great ruler of the Solar dynasty, the Ikshvaku Vamsa.

Raghu was the first Emperor to bring world under one king.

After his return from the forest( and after rescuing Sita from Lanka), Rama expanded the empire further as many kingdoms had started behaving independently because Bharatha, grieved as he was by the injustice meted out to Rama by his motherKaikeyi, did not pay as much attention to maintaining suzerainty over his domains.

Thus one can find the names of Rama, Dasaratha and Bharatha are found in Sumerian Kings List.