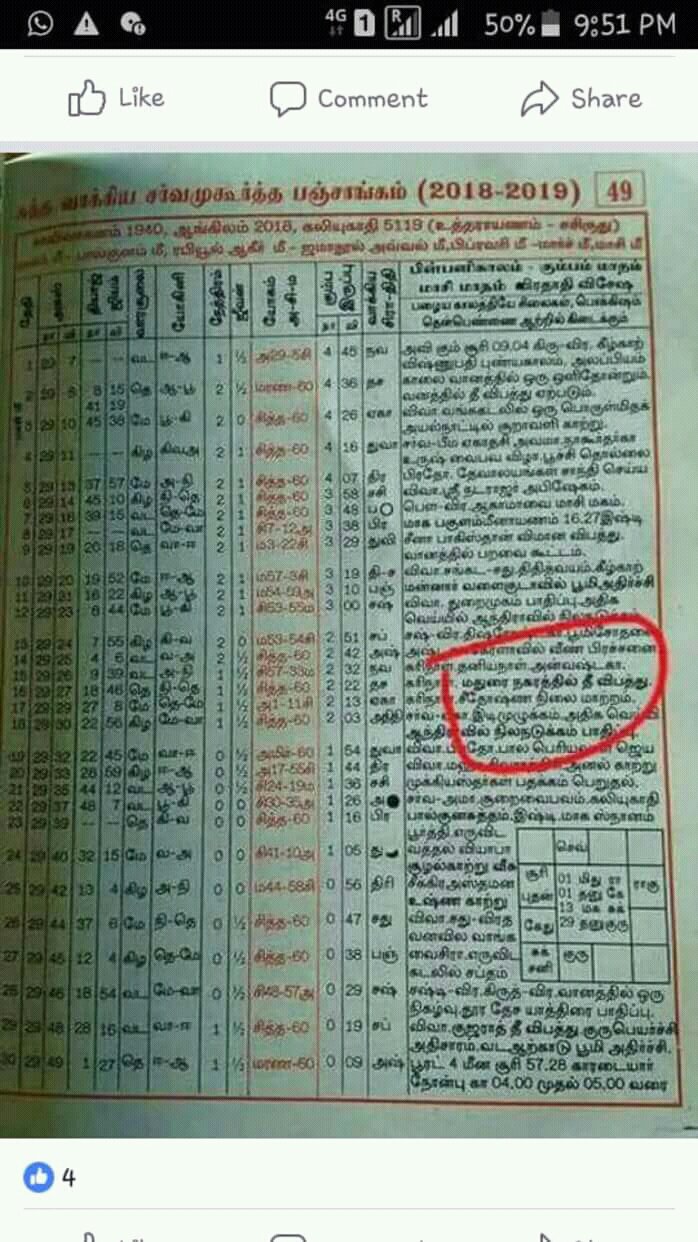 I do not consult Astrologers or have faith in personal horoscope and predictions.

I have been and am criticised for this on the ground that it is absurd on my part not to trust horoscopes while I write merrily on Hinduism, Slokas, Vedic Sciences and the spread of Sanatana Dharma throughout the world as the first civilization.

My answer is that what I write on Sanatana Dharma has been verified and I write only of things which are authentic and supported by evidence.

Exceptions are those which are related to Spiritual Experiences and even if these are conclusive only, I write.

In the case of Astrology and horoscopes, I find the predictions relating to individuals to be incorrect and horoscopes are not recorded properly.

However, the predictions of Hindu Astrology relating to Universal Events of Nature.,Hindu Astrology is unbeatable for it can calculate and predict Eclipses, movements of Planets, Stars, yes, Stars Solstices accurately as well as NASA .

The reason is that Hindu Astrology is so advanced that it divides even seconds further and a minute/miniscule diffetence shall vary the results.

In the case of Celestial phenomena, which is an observable data without interruption or mistake, individual data like the horoscope time of birth is not accurate.

To my knowledge, no one has recorded the exact time of birth of an individual.

This involves the recording of the exact time of birth.

When a delivery takes place people who attend childbirth concentrate on delivering the Baby and they have no time to look at the clock to record the exact time.

This includes the doctors.

And there is discussion among Astrologers as to what exactly is the time birth that has to be taken into account for casting horoscopes.

Is it the time the child’s head emerging from the womb?

Is it the time the child’s feet touching the ground?

Or is it the time when the foetus breathes?

Or the time it is fully formed in the womb?

Astrologers are divided on this issue and it is conclusive.

And we have Astrologers who treat the subject as a means of livelihood and predict anticipating the individual’s mood and the Astrologer’necessity.

Again the scholarship of the Astrologer comes in.

So I do not trust Astrology as far as it relates to individuals but have the highest regards for it as a Science.

Per se Indian Astrology is unmatched while it studies University phenomenon.

My stand is vindicated by the prediction by An Indian Almanac that there would be a fire accident at Meenakshi Temple Madurai.

To the date accurate!

There are many Panchangas or Almanacs based on different schools of Thoughts.

( for details on Panchangas read my articles on the subject.) ‘CHENNAI: At least 10 shops were damaged when a fire broke out in the complex of the famed Meenakshi Amman Temple in Tamil Nadu’s Madurai complex but there was no damage to the temple itself, said a fire service official.

“We got information about the fire in shops near the 1,000 pillar mandapam in the temple. We rushed five fire tenders and controlled the fire from spreading,” the senior fire service official told IANS over phone from Madurai, around 500 km from here.

He said around 10 shops were damaged in the fire.

“There is no damage for the temple. The old wooden door was saved by preventive action. The fire is now under control,” he said‘