When one reads ancient indian Texts, the eighteen puranas and the Two Ithihasaa Ramayana and Mahabharatha in conjunction with Geology and Plate,Tectonics, one is struck by the accuracy of Indians.

Formation of Pangea Super Continent and Himalayas by Geology, Plate-tectonics.

All these texts mention Himalayas, among other things geological.

Himalayas are described as The Abode of Lord Shiva, Daksha Prajapathi , the route taken by the Pandavas in the Mahabharatha en route to Heaven.

I have cited only a couple of facts about Himalayas.

If Himalayas are mentioned in these texts, then Himalayas must have existed before the period of these texts .

When was Himalayas formed?

Geological and Plate-Tectonics prove that there was a first Super Continent Pangea , which was surrounded by a body of water called Panthalassa. 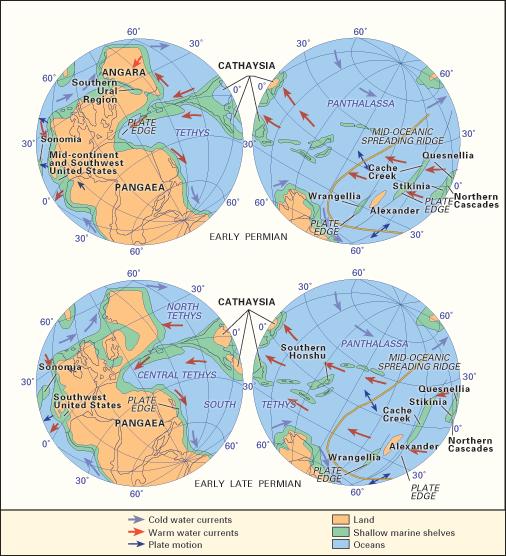 ‘Now I am providing the description/reference of Pangea,which is also called as Panthalassa, from the Bala Kanda of Valmiki Ramayana.

” ‘Oh, sons, let each prince advance searching one square yojana of earth, by my order you dig up the earth until the appearance of the horse, while searching for the stealer of that horse. [1-39-14b, 15]

“Oh, Rama, the legatee of Raghu’s dynasty, thus sixty thousand square yojana-s of the earth is dug over, so as to make the earth’s outermost plane as the unsurpassed rasaa tala, the sixth subterranean and the nethermost plane. [1-39-21]

“Oh, the kingly tiger Rama, the sons of Sagara have endeavoured everywhere digging over the Jambu Island which is verily congested with mountains in this way. [1-39-22]

Now this Pangea Super Continent broke up into other continents before finally becoming the Continents we have at present.

It is estimated that Pangea was formed between 290 and 270 million years ago.
Pangea was surrounded by a global ocean called Panthalassa, and it was fully assembled by the Early Permian Period (some 299 million to 272 million years ago). The supercontinent began to break apart about 200 million years ago, during the Early Jurassic Period (201 million to 174 million years ago), eventually forming the modern continents and the Atlantic and Indian oceans. Pangea’s existence was first proposed in 1912 by German meteorologist Alfred Wegener as a part of his theory of continental drift. Its name is derived from the Greek pangaia, meaning “all the Earth.”

The Himalayas was formed , during the process of Continents being formed, around 50 million years ago!

And Ramayna describes accurately the formation of Not only Himalayas ,but the First Super Continent,Pangea.

No other world text does this.

So it will be logical to suggest that the Puranas ,by virtue of the details of the formation of these, are older to Ramayana.

Is it possible that Puranas were complied immediately after the Formation of Pangea?

Or atleast 50 million years ago,the time when Himalayas was formed?

No doubt people could have written on these events much later.

Yet the wealth of details in these texts being validated by sciences,one by one,makes me wonder if these texts are as old as they declare themselves to be,

And we have Lemuria/Kumarikandam to contend with.

This article is first in the series ‘Impossible is Probable, Hinduism,Tamil’

Source and citation.( including image )