There are, according to Puranas and Ithihasas Ramayana and Mahabharata there are two dynasties.

One is the Inshwaku dynasty to which Lord Rama belongs.(Solar Dynasty)

Another is Chandra Dynasty to which the Pandavas and Kauravs belong.( Lunar Dynasty) 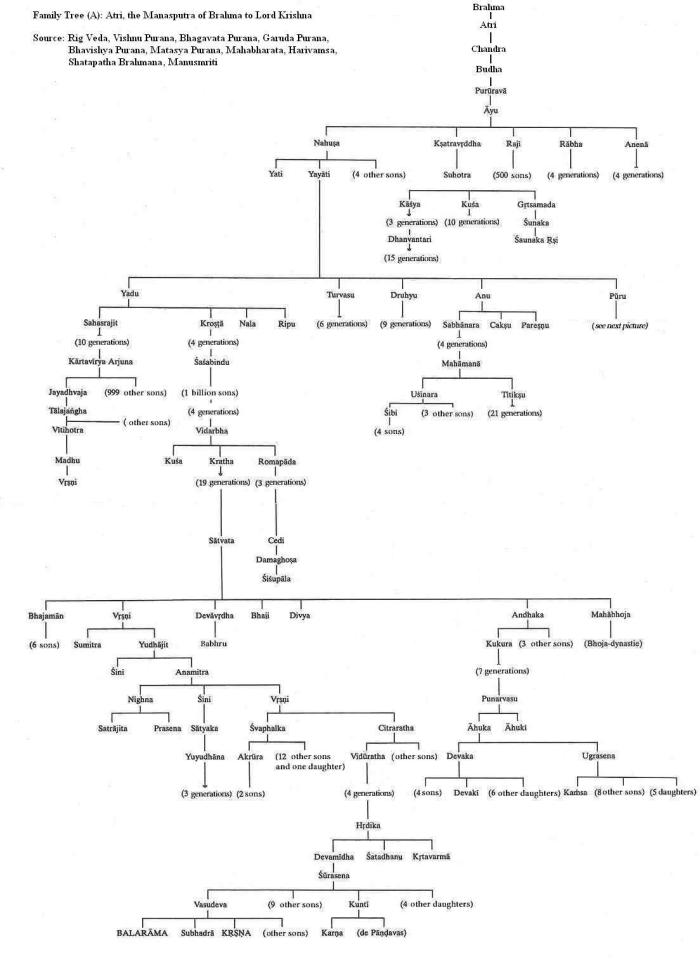 The point is in the above lineage you shall find the descendants of Ikshwaku/Rama fought along side the Kauravas and while Bhima defeated Dirghayaghna, Abhimanyu killed  Vrishdvala!

There are two issues here.

One is that Ramayana took place in Treta Yuga , thousands of years before Mahabharata war in Dwapara Yuga.

How come the descendants of Ishwakhu fought with the Kauravas in Dwapara Yuga?

And I have written earlier that Lord Rama’s death preceded Krishna’s  by a mere 250 Years!

I have replied to that in my post Ramas death precedes Krishnas 250 years.

Are we missing the history here and are there some Kings list of Ikshwaku missing?

Though the lineage of Ikshwaku is provided in the Mahabharataby Vyasa, there seems to some thing missing in the Kings List as it can not account for thousands of years.

Might be there are some missing links who ruled during Yuga Sandhi, the hiatus between the end of one Yuga and the beginning of another Yuga and the Ikshwaku Kings ruled in that period.

But the Universe is in hibernation in Yuga Sandhi!

Another important point is Mahabharata states that Ikshwaku is considered to be elder brother of one of the daughters of Manu and she got married into Chandra Vamasa.

‘Mahabharata mentions the founder king Ikshwaku as a son of the great patriarch Manu. thus we have at Mbh.1.75:- Manu begat ten children namedVena, Dhrishnu, Narishyan, Nabhaga, Ikshvaku, Karusha, Saryati, the eighth, a daughter named Ila, Prishadhru the ninth, and Nabhagarishta, the tenth. Among this, princess Ila is the founder of Aila dynasty which later expanded into Puru, Bharata and Kuru linages in which the Kauravas and Pandavas are born. Thus Mahabharata consider Ikshwaku as an elder bother of Ila. It indirectly gives the impression that the Ikshwakus were older than the Ailas.’

Because all the above kings descended from the origin,Soorya (Sun), it is called Soorya Vamsa. As far as we know, in Soorya Vamsa, the last king in Tretayuga, was Sreerama Chandra. Later,in Dvaapara Yuga, there were Pandavas,Kouravas, Sri Krishna etc. Kings. They belong to Chandra Vamsa Kings'( Udyoga Parav of Mahabharta by Vyasa)’