Dhola Vira is dated ,at least, to about 4,500 years ago,according to Archeologist  Sri. Bisht The well deveoped structures and advanced water storing wells indicate a civilization which has been there for quite sometime. The answer lies in the river Saraswathi.

And sources on Vedic life,Tamils from foreign sources as well. How Max Mueller,Robert Caldwell&Co misinformed and disinformed under the cloak of scholarship. Though I have published articles dispelling the myths of such 'Indologists', I shall present ,periodically,how Indian texts were copied and passed off as their own by the others. The first one is Panchatantra. 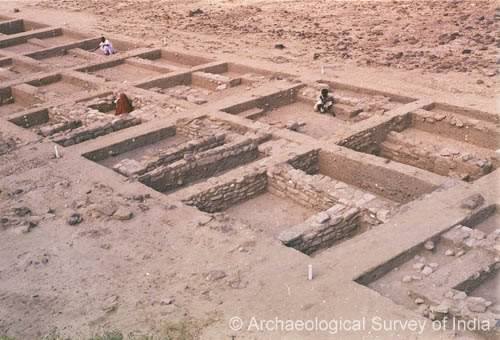 Now evidence of Dentistry being practiced in Vedic India has come to light in the form of finds in Meghrab,Pakistan. The period assigned to this is around 9000 years ago. I date the Vedic period much,much earlier. Please read my articles on this. Dentistry in Indus Valley Report.