The world we find in maps of today

was not the same in ancient times.

The vast difference between the time frame mentioned is because of the inadequacy of Carbon dating method in determining objects which are over fifty thousand years old or more.

And the use of other Scientific tools like Tectonic shift,ocean floor mapping,Strata analysis, infrared dating of Rocks, verification of Geogyphs,geoglyphology.

When one finds ancient ruins around the world ,each of them quite far off from the other,the legends and literature of divergent cultures having some thing in common,the seacoasts,

the unearthing of archeological finds of similar nature,one can not but wonder whether these were related!

References in Tamil classics on Krishna,Rama,

The antiquity of Tamils,

The Civilisation of MU,

Lemuria being the home of Tamils,230 Million Years old,

Recent excavation of Poompuhar, which is dated around 11,000 years old,

Presence of Kasyspa in New Zealand,

All these point to a civilization having been present in ancient times,which covered the world, 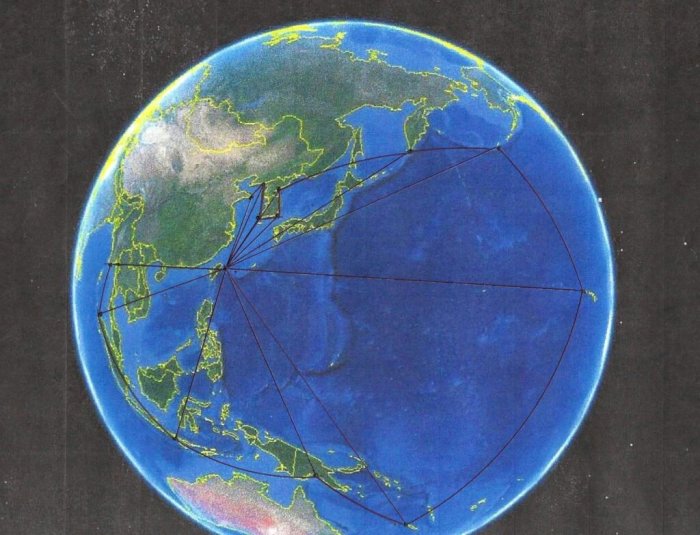 The land of Atlantis being referred to in ancient Indian texts,..

Now evidence of this civilisation in Japan.

(Curiously it is very difficult to find the origin of Japanese people.)

And if we go through the ancient continents, Pangaea,Rodina,and ancient oceans like Tethys ocean,one can find the floods mentioned in Puranas,Tamil classics are validated.

And further the Fist Man Manu,as stated in the ancient texts,was from Dravida Desa and he meditated near Madagascar.

The ruins of Poompuhar and of the remains of Yonaguni,Japan seems to have similarities. 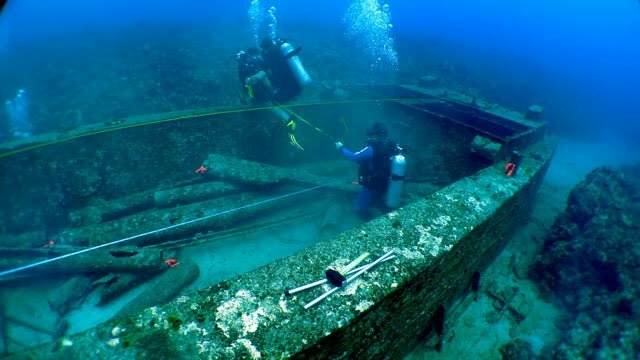 References to ancient root races also point to the fact that ancient landmass existed somewhere near the northwest of Australia.

According to Kimura, the Yonaguni monument appears to depict carvings of animals and people as well as the remnants of a carved face, which he compares to the Moai heads on Easter Island. At the end of the last ice age, Yonaguni would have been connected to what is now mainland China. It is likely that the fate of the civilization that built the Yonaguni pyramid, was sealed by a massive tectonic event that triggered a tsunami and subsequent sea level rise.

Since the end of the last Ice Age, sea levels have risen some 40 meters, causing drastic changes in topography and lending credibility to the theory that there may have been cities or even continents that disappeared into the sea. Based on stalactite found in caves near the ruins, Kimura has calculated the Yonaguni pyramid to be at least 6,000 years old when it sank, with the potential to be up to 10,000 years old including the time prior to flooding. The oldest recorded flooding event at Yonaguni occurred in the late 1700s, during which a tsunami ravaged the island with 130 foot waves. This combination of sea level rise and catastrophic climatic events were likely the cause of this ancient city’s demise….

An interesting discovery has been made when looking at the orientation of the angles in the Yonaguni ruins. One researcher believes that the radial lines, when extended out from the ruins, might potentially outline a territory in the Pacific. This theory employs geoglyphology, or the study of coded maps and messaging in ancient geoglyphs, and has drawn out the radial lines of the Yonaguni ruins. The Faram Research Foundation’s work shows lines that depict a map very similar to the territory sought after by Japan during WWII.

The area extends from Yonaguni and the South China Sea, up to the tip of Alaska’s archipelago, down to Hawaii and back over encompassing Indonesia and Burma (Myanmar). This territory, some believe, could be that which was occupied by the lost continent of Mu, a lost civilization larger and older than Atlantis.

THE LOST CONTINENT OF MU

The lost civilization of Mu, is thought to have spanned a large swath of the Pacific Ocean. Reaching from the Philippines Sea all the way to Easter Island, Mu would have encompassed most of the small islands in the mid-Pacific, including Guam, Fiji, Christmas Island, Midway and Hawaii. The conception of Mu was first proposed by Augustus LePlongeon in the 19th century who was the first explorer to photographically document the ancient Mayan city of Chichen Itza. It was there that he supposedly learned of the lost continent of Mu through his translation of the ancient Mayan Troano Codex.

# For details on the references I have mentioned here, please Google search term+ramanan50 ,as providing more Links slows down speed of the site.