I have been sharing my thoughts on the antiquity of Hinduism,its presence throughout the world ,it’s influence on all world cultures,Tamil,an ancient language of India that runs parallel to the oldest language of the world.

And the geographical locations mentioned in ancient Indian texts.

Over a period of nine years, I have been able to note that the information provided in these texts are correct and I am yet to find an erroneous location and description.

To my surprise,though temple sources are totally different in that they are totally separate from the Sanskrit texts and they were recorded in different languages other than Sanskrit.

Yet I am yet to find a contradiction between Sthala Purana and ancient Sanskrit texts! 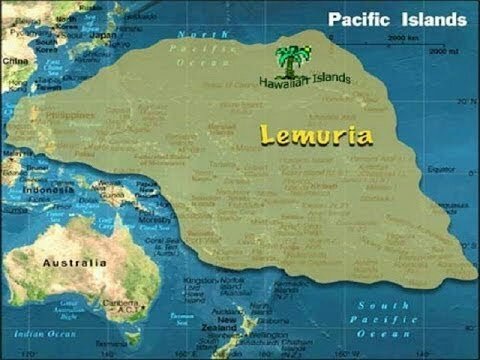 And there is the issue of mountains of India.

Many believe even now that Himalayas is the oldest mountain.

No. Vindhya Mountains are quite older and they are about 230 Million Years old,a conservative estimate.

Thirupathi of the Western Ghats is dated around 2100 Million Years old.

The Jwalapuram Nataraja is about 74,000 years and this is based on Krakotoa Volcano eruption.

Taking these facts into account and the evidence of Lemuria,Date of ancient Tamil city Poompuhar around 16000 years ago,The first human being Manu meditated near Madagascar,presence of Hinduism , Kasyspa,Shiva, Subrahmanya in the far East, Australia and New Zealand , ancient history needs a relook.

It,in my opinion ,is at two levels.

One is that the ancient landmasses are different from what they are today.

Sanatana Dharma was present in all these parts.

Second is the enquiry into the type of inhabitants that lived there.

Though we believe that they were like us, evidence surfacing now compels one to have a rethink.

The systematic excavation of Giants’ remains in America and reports of places where some non humans are found.

These include Bigfoot, Loch Ness monster.

And there is Mount Sastha in California.

And this is a sister mountain of Thiruvannamalai,Tamil Nadu, India.

In this article I will explore more about Mount Sastha.

Based on research,it transpires that people do live in towns inside Mount Sastha.

One of the explorers,who had been going there often was missing!

His reports are available.

And there is more research on this,which I shall share shortly.

Please note that there is a close liaison between North America, Central ,South America and Sanatana Dharma.

America is the Patala referred to in Hinduism and it was populated by Giants.

I have written on these.

By his own account, while investigating around Mount Shasta, he noticed an odd looking piece of rock that did not match the surrounding area. As he began clearing the debris and vegetation surrounding the rock, he noticed that there was a hole leading into a cavern system that led deep into Mount Shasta. He journeyed for about three miles into the interior of the mountain through an array of crisscrossing tunnel systems when he began stumbling across pieces of gold. After the eleventh mile he reached a location that resembled a village. Inside the village he came across chambers filled with gold and copper tablets, statues, spears and skeletons. The average heights of these skeletons were around 6’6” and the tallest being 10 feet in height. He painstakingly took down notes for the next few days, memorizing everything the best that he could and left everything exactly the way that he had found it.

Brown spent the next 30 years researching and trying to build a group of experts to embark on an expedition. By this time he was 79 years old, living in Stockton, California, and had gained a following of about 80 people willing to contribute on the expedition including a museum curator and several scientists. He spent six weeks planning out the entire trip while several individuals sold off their properties believing that they would soon become rich. Brown, assumedly fearing that someone might jump the gun, withheld a lot of the specifics regarding the location of the cavern system. He met with the team one last time to make final preparations and established the time and place of departure; June 19th, at 1:00pm. However, that was the last time anyone saw J.C. Brown. Stockton Police spent the next several months investigating his disappearance to no avail. Theories ran amok, had he returned by himself? Was he kidnapped? Did he scam everyone? The simple fact remained, he never made a penny from his story nor did he have anything to gain from it.

Stories surrounding Mount Shasta have long existed dating back to the earliest of Native American legends. Some of these older myths pertain to an invisible people who dwell within the mountain itself while newer claims attest to hidden passageways and rooms of gold existing within.