In Hinduism, the path to self realisation /communing with  can be achieved by many methods.

At the philosophical level there are four paths. 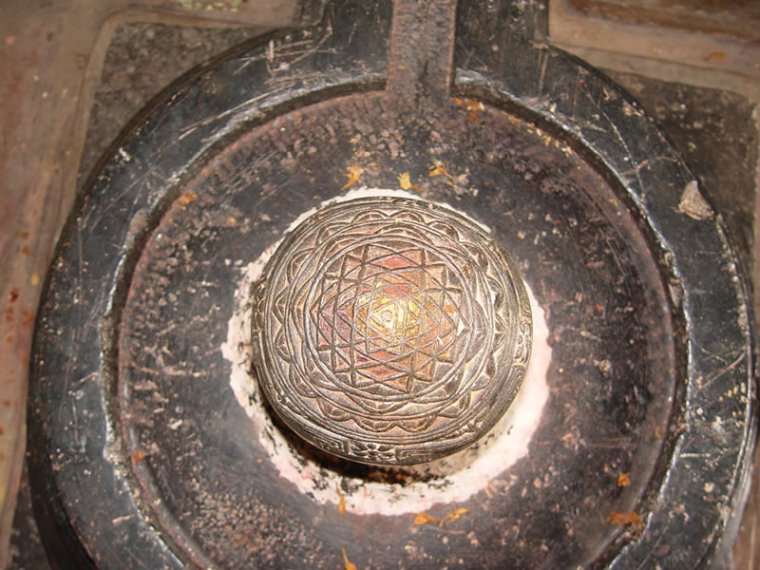 Raja Yoga , path of physical and mental discipline and

Bhakthi yoga, surrendering everything to God.

Some of the tools of these paths are,

And Tantra, a special method combining the above two.

The vibrations produce the yantras and they the inner vibrations.

Yantras are also established in some temples by the Acharyas.

What is more interesting is a Sri Chakra atop a Shiva Linga.

Shiva and Shakthi are inseparable and one can not visualise one without the other.

Shiva without Shakthi is Sava, without Life and Shakthi without Shiva has no place to dwell.

One who reclines on a bed supported by five pretas or the body without soul.

The five faces of Shiva are

They represent the inertprinciple and Devi the Life principle.

Together they form the world of names and forms.

A rare temple in Anegundi In Karnataka has a Shiva Linga with Sri Chakra on its top.

This town is located in Koppal District .Karnataka.