I have come across the curious reticence of Historians when they write on Indian history.

They are prepared to take as authentic texts/books by Authors from the West,from Plato, Thucydides,Xenophon,Ptolomey, Strabo,Megasthanes,Huan -tsuang,The Bible,Iliad,Odessey,Koran ,they brush aside Indian texts as myths,legends and the works of ancient Indian writers as figment of overworked imagination!

Western history,as revealed by these tools,are quite nascent when compared to the Timeline of India.

The earlier western texts can not quote the much more ancient Indian texts because they had no access or even if they had,their knowledge was limited because of their poor understanding of Sanskrit ,Brahmi of various hues and the Ethos of Indian culture.

And nearly all of them miss out sources other than those in Sanskrit.

There was and is Tamil,Kannada,Telugu, Bengali.

These languages are also ancient and they have vast literature.

References found in these sync with what is found in Sanskrit.

Sanskrit and these languages quote each other on historical events.

Thus we find that,

Kannada and Tamil kings took part in the Mahabharata war,

Varanasi is the oldest continuously inhabited city of the world,

So ,when foreign authors write on Indian history,they record what they have seen and not on what happened earlier in India.

Yet some of them like Strabo,Megasthanes,Huan-tsusang,Fa-hien refer to the antiquity of India.

Strabo and Megasthanes refer to Tamil and Lanka in detail.

The assignment of dates in Indian history now is based nearly wholly on these western sources,and not much on Indian sources.

If one were to devote time to study Indian texts and cross reference them among Sanskrit,Pali,Tamil,Kannada texts and further check with Epigraphs found in Indian temples,real Indian history would emerge.

It stands to reason to trust these multiple sources as they were independent of each other , region wise language wise and the kings of these countries were at war with others at many a times.

The problem arises when the current date assigned to an event in Indian history is way Off the mark by as much as 10,000 years!

Yet, the evidence is compelling.

One such is the the dating of Tamil Chera kings and the Satavahavana dynasties.

They succeeded the Kanva dynasty.

The first king is Simuka.

One of the greatest kings was Gautamiputra Satakarni.

As Senguttuvan is dated around 9600 BC,Gautamiputra Satakarni and the Satavahavana dynasty may be dated from the present First Century BC to 9600-9500 BC. 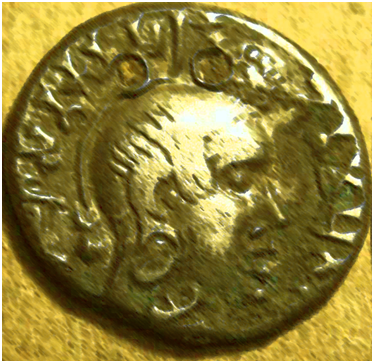 ‘This declaration by this king happened in the first century CE. This is known from the fact that this king was a friend of Gautamiputra Satakarniwhose time period has been documented. The name Satakarni is “Nootruvar kannar” in Tamil. He provided boats to enable Cheran’s army to cross the Ganges. From there onwards, till their destination in the Himalayas, they had met with some resistance. Silappadhikaram makes a mention that this Cheran king won over the “ill-mouthed Yavanas” before reaching the Himalayas (from where he procured the stone for making the image of Kannagi)..

A cross reference comes from the Nashik inscription on the mother of Gautamiputra Satakarni that her son (Satakarni) subdued Yavanas too besides Shakas and Pahlavas. There is no other reference to when and how he made this happen. But just 2 lines from Silappadhikaram on the Cheran king’s victory over Yavanas give a complete picture of what happened.
In Mahabharata, the Yavanas, Shakas and Pahlavas are grouped together as having kinship among themselves. Their location was in North West India at the base of Himalayas which is in today’s Pakistan or Afghanistan. It is obvious that the stone for making the deity was collected from that part of the Himalayas for which the Cheran army and Satakarni army had gone together. They had faced resistance from the Yavanas and others but successfully overpowered them.
The exact cause for the war with them can be guessed from the Tamil text. It refers to the Yavanas as “ill-mouthed” (van sol). The Yavanas must have hurled abuses at the Cheran king and Satakani which was promptly paid back by them.
This victory has found a mention in the Nashik inscription while it finds a fleeting mention in Silappadhikaram. The absence of reference to Pahlavas and Shakas is due to the fact all Mlecchas were referred to as Yavanas in Tamil texts.

The Satavahana power was revived by Gautamiputra Satakarni, who is considered the greatest of the Satavahana rulers.Charles Higham dates his reign  103 – c. 127 CE. S. Nagaraju dates it 106–130 CE. The king defeated by him appears to have been the Western Kshatrapa ruler Nahapana, as suggested by Nahapana’s coins overstuck with names and titles of Gautamiputra. The Nashik prashasti inscription of Gautamiputra’s mother Gautami Balashri, dated to the 20th year after his death, records his achievements. The most liberal interpretation of the inscription suggests that his kingdom extended from the present-day Rajasthan in the north to Krishna river in the south, and from Saurashtra in the west to Kalinga in the east. He assumed the titles Raja-Raja (King of Kings) and Maharaja (Great King), and was described as the Lord of Vindhya.

During the last years of his reign, his administration was apparently handled by his mother, which could have been a result of an illness or military preoccupation.According to the Nasik inscription made by his mother Gautami Balashri, he was the one …

… who crushed down the pride and conceit of the Kshatriya; who destroyed the Sakas (Western Satraps), Yavanas (Indo-Greeks) and Pahlavas (Indo-Parthians),… who rooted out the Khakharata family (the Kshaharata family of Nahapana); who restored the glory of the Satavahana race.

— Inscription of Queen Mother Gautami Balashri at Cave No.3 of the Pandavleni Caves in Nashik.