Sometime back, I have written tha there is an attempt to legitimise Christianity and Islam by portraying that these religions were foreseen in the Purana.

Bhavishya Purana talks about the coming of The Prophet and Islam.

In my opinion this is an interpolation.

Similarly there is misinformation going around that Jesus came to Himalayas,studied Yoga/Vedas ,Died in Kashmir and that the Tomb of Jesus is in Kashmir.

I have debunked this claim in my article.

However when one one examines History it is found that,

3.Tamil artiifact with Tamil inscription was found in Red Sea Port I BC 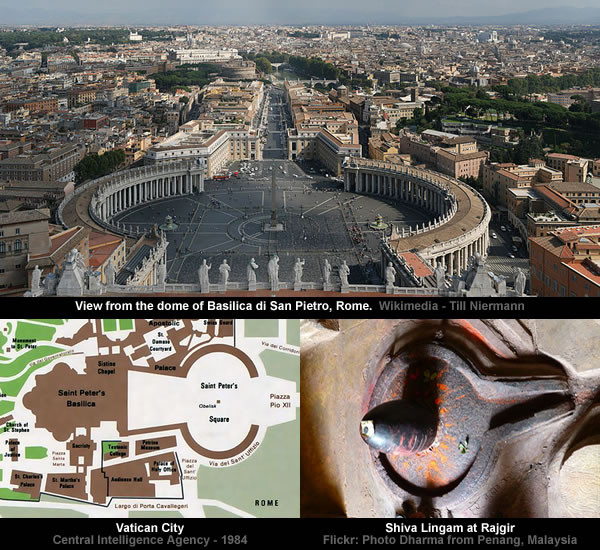 Now I have come across information that Saint Paul’s Catgedral was Krishna’s temple.

St. Paul’s cathedral in London rebuilt by Christopher Wren after the great fire of London over 300 years ago still retains several pre-Christian traditions.

St. Paul’s used to be a Gopaul alias Chrisn temple…

Here are some of the proofs:

Its central altar is separated from the backside wall by a narrow perambulatory passage.

The Star of Lakshmi is a special octagram, a regular compound polygon, represented by Schläfli symbol {8/2} or 2{4}, made from two congruent squares with the same center at 45° angles, and figures in Hinduism, where it represents Ashtalakshmi, the eight forms, or “kinds of wealth”, of the goddess Lakshmi.

In front of the altar, some distance away is a golden eagle on a stand.

The eagle is the mount of Lord Chrisn. 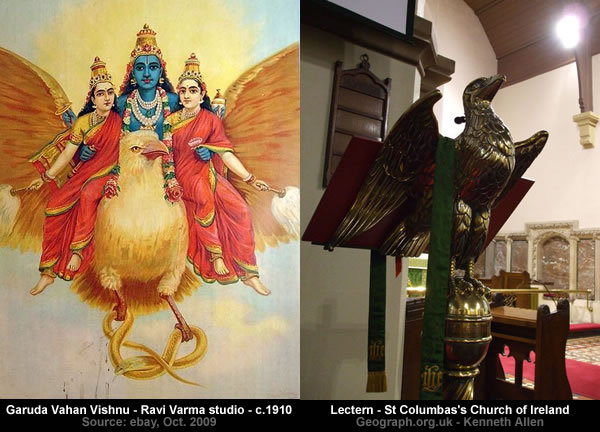 Overhead on the curved rafter ledge supporting the ceiling are Latin prayers beginning with the Vedic incantation OM painted in bold block capitals.

Overhead on the curved rafter ledge supporting the ceiling are Latin prayers beginning with the Vedic incantation OM painted in bold block capitals.

Along the walls inside are sketched in bold relief sages and others taking a holy dip in the river Ganga.

Omnes means All people,Every one in Latin.