It is a very complicated subject and a dangerous one too for the uninitiated.

I have refrained from writing on this lest some may start practicing it with out understanding the implications.

I seem to have referred to the Tantra in some of my articles.

I have been receiving mails on this and some of them are disturbing in the sense that it might affect some who venture to practice it. 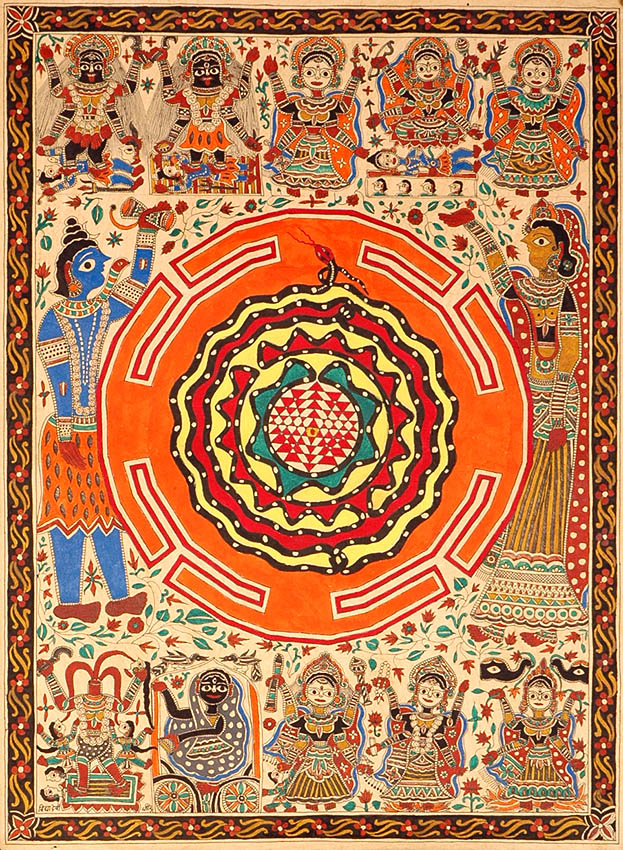 I shall do so some time in future.

In the mean while I was worried about some youngsters(Male and Female)  asking me whether  they can perform Yoni/Linga Pooja.

I have decided to out line what Tantra is.

Do not practice Tantra unless initiated by a Guru .

As I have indicated in many of my articles a real Guru will find you if you are ardent enough.

There are various ways to realize Self/God.

Karma Yoga,path of action, Physical and mental level and

These were developed by Rishis by personal experience.

It is not mandatory that that all of them suit an individual.

As there are as many dispositions among people there are many paths.

So they differ and what suits one may not suit another.

There is no blanket solution.

One’s mental capacity and wisdom level is to be understood and dispositions analysed before any of the procedures are recommended.

Hence a Guru is needed.

Who is a Guru?

A realized soul who dispassionately analyses you and offer solutions and he does not advertise himself nor does he seek any thing in return.

For more on this read my post who is a Guru.

Self realization is a personal goal and can be attained only by personal experience.

So when one practices any of the methods of Yoga mentioned above, one comes across some practices which have been productive and they are handed down to us.

It need not be conducive to our disposition.

One such practice is Tantra.

There are various practices, Sadhanas in following  in any of the four Yogas.

Yantra. Geometric images to concentrate with the aid of the Mantras, and Tantras.

Apart from these, which come under Raja yoga and Karma yoga, there are slokas and Stuthis.

Slokas and Stuthis may be followed by any one.

Not Mantra, Yantra and Tantra.

A severe discipline is needed.

However there are some  Mantras that can be used without a Guru but by taking Subrahmanya, Dakshinamurthy or Krishna as Guru.

I have posted such Mantras.

Tantra does not find a place in Vedas.

They are found in Agamas and even this is not confirmed.

As stated earlier, these are individual tools obtained while performing any of the four yogas.

Second-hand knowledge of the self gathered from books or gurus can never emancipate a man until its truth is rightly investigated and applied; only direct realisation will do that. Realise yourself, turning the mind inward. – Tripura Rahasya, 18: 89

Tantra (Sanskrit: तन्त्र), also called Tantrism and Tantric religion, is an ancient Indian tradition of beliefs and meditation and ritual practices that seeks to channel the divine energy of the macrocosm or godhead into the human microcosm, to attain siddhis and moksha. It arose no later than the 5th century CE, and it had a strong influence on both Hinduism and Buddhism.

According to David N. Lorenzen, two different kind of definitions of Tantra exist, a “narrow definition” and a “broad definition.” According to the narrow definition, Tantrism, or “Tantric religion,” refers only to the traditions which are based on the Tantras, Samhitas and Agamas. This definition refers primarily to a tradition which is primarily based in the higher social classes, which were literate, and lived in or close by urban centers.

According to the broad definition, Tantra refers to a broad range of religious traditions with a “magical” orientation. This includes the upper class texts and traditions, but also practices and rituals from lower social classes, which were less educated, and lived more in the rural areas.

According to David Gordon White,

Tantra is that Asian body of beliefs and practices which, working from the principle that the universe we experience is nothing other than the concrete manifestation of the divine energy of the godhead that creates and maintains that universe, seeks to ritually appropriate and channel that energy, within the human microcosm, in creative and emancipatory ways

Tantric ritual seeks to access the supra-mundane through the mundane, identifying the microcosm with the macrocosm.The Tantric aim is to sublimate (rather than negate) reality.The Tantric practitioner seeks to use prana (energy flowing through the universe, including one’s body) to attain goals which may be spiritual, material or both

Tantric teachings are passed on orally in a teacher-student relationship Initiation by a teacher is necessary for the practice to be successful.