I have written quite a number of articles on  advanced  concepts in all subjects,Physics, Chemistry,Biology,medicine,Astronomy……..and mathematics in Hinduism/sanatana dharma.

These concepts, either individually or severally are used in self realization either y integrating them in mental disciplines like yoga or Bhakti or in the construction of Temples in India. 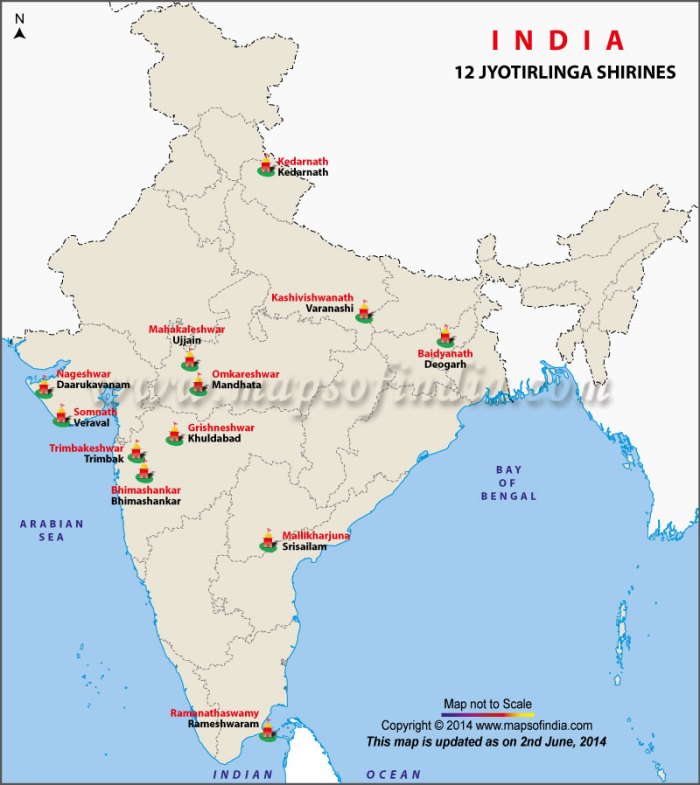 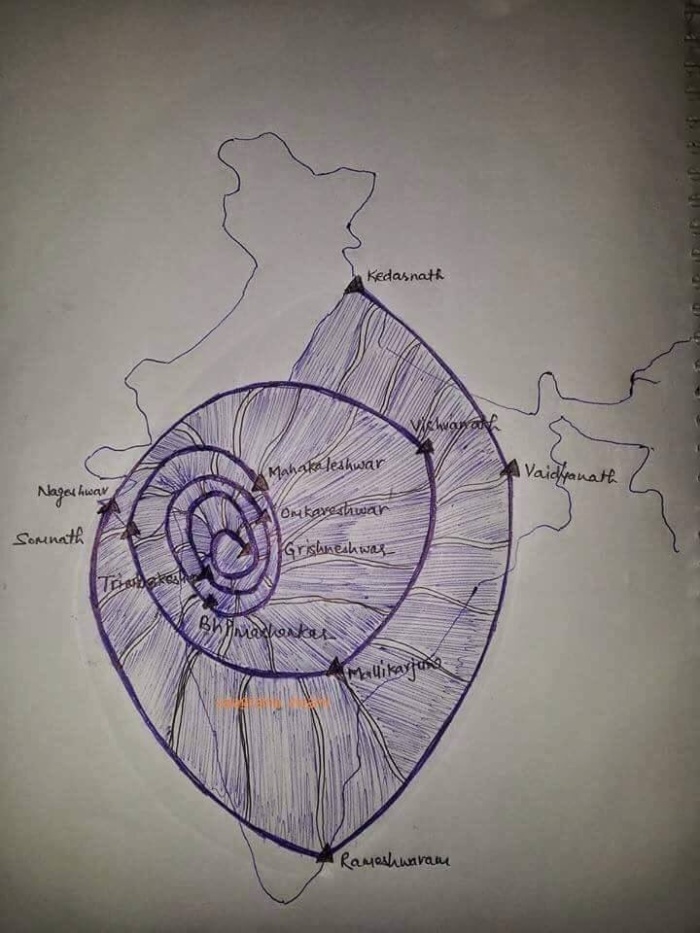 Many of the Hindu temples were constructed on the principles of astronomy and mathematics. 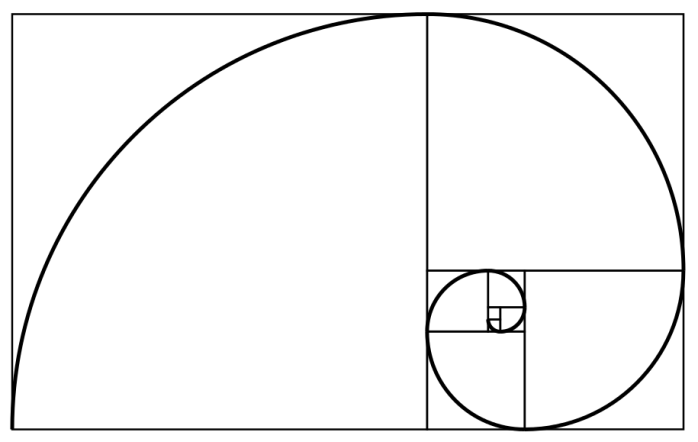 Please read my articles on these issues.

Value of Pi is found secreted in Krishna Stuthi.

While this verse is a type of petition to Krishna, when learning it one can also learn the value of pi/10 (i.e. the ratio of the circumference of a circle to its diameter divided by 10) to 32 decimal places. It has a self-contained master-key for extending the evaluation to any number of decimal places.

‘I have read an interesting academic paper on Mathematics involving Higher Mathematics of Numbers and was struck by its findings and the Truths expressed in hinduism Five Thousand years ago intuitively.

Now, let us look at the Jyotir Linghas of Shiva.

They are twelve in number.

Somnath : Somnath is located at Prabhas Patan in Saurashtra in Gujarat.

Rameshwaram : This vast temple in the island of Rameswaram, in Southern Tamilnaduenshrines Ramalingeswarar.

Ghrishneshwar : Jyotirlinga shrine, in Aurangabad Maharashtra, is located near the rock-cut temples of Ellora.

Ujjain : The ancient and historic city of Ujjain or Avanti in Madhya Pradesh is home to the Jyotirlinga shrine of Mahakaleshwar.

Varanasi : Varanasi – The most celebrated pilgrimage site in India. The Vishwanath temple inBanarasin Uttar Pradesh is the goal of the thousands of pilgrims that visit this ancient city.

Dwarka : Dwarka, in Gujrat, is one of the 12 Jyotirlinga shrines of Shiva.

Bhimsankar : Bhimsankar is located in the Sahyadri hills of Maharashtra, accessed from Pune.

Trimbakeshwar : The origin of the river Godavari is intimately linked with this Jyotirlinga shrine nearNasik in Maharashtra.

Omkareshwar : Omkareshwar, an island in the course of the river Narmada in Madhya Pradesh, is home to the Omkareshwar Jyotirlinga shrine and the Amareshwar temple.

Vaidyanath : Vaidyanath is located in the Santal Parganas area of Jharkhand.

Kedarnath : Kedarnath nestled in the snow clad Himalayas. It is accessible only on foot, six months in a year.

No what is special about these locations?

They form a Fibonacci grid!

Fibonacci Series: A series of numbers in which each number ( Fibonacci number ) is the sum of the two preceding numbers. The simplest is the series 1, 1, 2, 3, 5, 8….

They appear in Nature.

Fibonacci sequences appear in biological settings, in two consecutive Fibonacci numbers, such as branching in trees, arrangement of leaves on a stem, the fruitlets of a pineapple, the flowering of artichoke, an uncurling fern and the arrangement of a pine cone, and the family tree of honeybees. However, numerous poorly substantiated claims of Fibonacci numbers or golden sections in nature are found in popular sources, e.g., relating to the breeding of rabbits in Fibonacci’s own unrealistic example, the seeds on a sunflower, the spirals of shells, and the curve of waves’

The trees and shrubs look random but they are not. Each tree according to its kind has sequences of leaves and branches based on the Fibonacci sequence. The fact that our bodies, and that of animals, birds, fish, insects, micro-organisms, plants and trees are all shaped by specific  mathematical formula shows that they have been specially created, each species having its own  proportions based on the Golden ration and the Fibonacci sequence.

The Fibonacci spiral: an approximation of the golden spiral created by drawing circular arcs connecting the opposite corners of squares in the Fibonacci tiling; this one uses squares of sizes 1, 1, 2, 3, 5, 8, 13, 21, and 34.