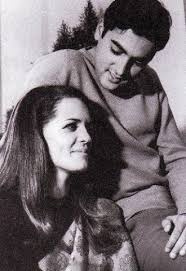 There was  an article in India today and mention was made of Sonia/Rajiv’s  connection to Swiss account by http://www.schweizer-illustrierte.ch/zeitschrift/500-millionen-der-schweiz-imeldas-faule-tricks .

I blogged it ( read the link under related).

The  Swiss magazine sent me a communication saying that I might have it wrong.

Yet the same magazine in its reply to Swamy’s query has studiously avoided confirming/denying the Story( as it has done to my piece),yet asks for Subscription!

I have marked it in bold letters in the following story.

The shocking exposure came from Switzerland itself. The most popular magazine of Switzerland, Schweizer Illustrierte, [dated November 11, 1991] did an expose of 14 politicians of developing nations who, it said, had stashed their bribes in Swiss banks. The title of the expose in German read “Fluchgelder — Die Schweizer Konten der Dictatoren”. In English it meant, “Curse of money — The Swiss bank accounts of the Dictators”. Rajiv Gandhi figured in the expose as one with slush funds in secret accounts. Schweizer Illustrierte is not some rag. It is the Number One Swiss magazine and sells some 2,10,000 copies. Its readership is 9,18,000 — some 15 per cent of Swiss adults. The magazine had mentioned specific amounts in secret Swiss accounts of different leaders with their pictures alongside.

The report under the picture of Rajiv Gandhi, translated into English, read: “2.5 billion francs on the Indian secret accounts in Switzerland” of “Rajiv Gandhi, Indian”. Today the amount of 2.5 billion Swiss Francs equals 2.2 billion US Dollars. But as Rajiv was no more by then, it must become the family inheritance. The other leaders captured by the magazine were: Suharto of Indonesia (25.5 billion), Haile Selassie of Ethiopia (22.5 billion), Mobutu of Zaire (6 billion), Shah Pehlvi of Iran (5.7 billion), Saddam Hussein of Iraq (800 million), and Nicolas Ceausescu of Romania (500 million). The figures of slush money mentioned were in milliarden (meaning ‘billions’) units of Swiss Francs. Had Rajiv been alive then, the expose would have caused a political tsunami in India.

The box item above shows the pictures and the amounts of the leaders as appearing in the magazine.

More than the slush money charge it is the family’s silence about it, which is baffling. The number one magazine in Switzerland had made the damning charge that Rajiv Gandhi had left behind slush funds of $2.2 billion and yet the family has kept mum for 18 years now. How could any honest person tolerate such a serious charge? Well, one could say that the family might not have challenged it because it was published in far away Switzerland. But Dr Subramanian Swamy had included the Schweizer Illustrierte expose in his write-up “Do You know your Sonia?” in his party, the Janata Party, website, seven years ago, in 2002. It is still on the Party’s website. Photocopies of the expose in the Swiss magazine are shown at pages 51 to 53 of Dr Swamy’s write-up; also an e-mail from the magazine addressed to Dr Swamy on February 22, 2002 at page 50. The e-mail confirms what the magazine had reported.

We refer to your e-mail of April 4, regarding an article in our magazine Schweizer Illustrierte of November 11, 1991. In this article — Fluchgelder – Die Schweizer Konten der Dictatoren — is Rajiv Gandhi named with tot 2.5 Milliarden CHF on secret accounts. If you want the magazine please indicate the exact address.

The fax and telephone numbers of Margot Todisco are also given in the mail. The e-mail is in box alongside here. Yet no one from the Congress or from the family has sued Dr Swamy till date, nor challenged him. The Swiss expose also prominently figured in the advertisement that some NRIs had put out in the New York Times to protest against Sonia Gandhi when she visited the US in the year 2007. The Indian National Overseas Congress (INOC) filed a defamation case against the ad, expressly “not to defend itself, but Sonia Gandhi”. The New York Supreme Court dismissed the case holding that only Sonia Gandhi, not the INOC, had the locus to sue. But she would not dare sue. Thus, neither in Switzerland where Schweizer Illustrierte exposed Rajiv’s secret account with billions 18 years ago in 1991, nor in India where Dr Swamy had put it on his party’s website seven years ago in 2002, or in the US where the NRIs had boldly advertised the expose two years ago in 2007, would the Gandhi family challenge the expose.

In criminal law the conduct of the accused is an important piece of evidence. What does the family’s conduct show here excepting that it has something to hide.

The second expose, Rajiv Gandhi figuring again, is that the first family of the Congress accepted political payoffs from the Russian spy outfit, the KGB. In a highly acclaimed book The State Within a State: The KGB and Its Hold on Russia-Past, Present, and Future by Yevgenia Albats, a journalist on Moscow News and Izvestia, the author writes: “A letter signed by Victor Chebrikov, who replaced Andropov as the KGB head in 1982, noted: the USSR KGB maintains contact with the son of the Premier Minister Rajiv Gandhi (of India).

R Gandhi expresses deep gratitude for the benefits accruing to the prime minister’s family from the commercial dealings of the firm he controls in co-operation with the Soviet Foreign trade organisations.

R Gandhi reports confidentially that a substantial portion of the funds obtained through this channel are used to support the party of R Gandhi.” (p223) The author also cites the KGB letter and file reference. In Dr Swamy’s write-up on Sonia, KGB’s letter in Russian is attached at page 45 and its English translation at pages 43 and 44.

I have blogged on the subject of Rajiv Gandhi‘s 2.5 Billion Francs ,which was based on  the November 1991 issue of Schweizer Illustrierte, the most popular magazine of Switzerland, carried an expose of 14 politicians from developing nations who had stashed their bribes in Swiss banks , Subramanian Swamy‘s s statement , India Today‘s Story  http://indiatoday.intoday.in/site/Story/123602/UP%20Front/dacoits+have+looted+india.ht
The story was linked to Schweizer Illustrierte  dated November 1991 and
S Gurumurthy in Indian Express: http://expressbuzz.com/biography/zero-tolerance-secret-billions/236261.html.
Also Ram Jethmalani’s piece in India Today.
On February 2, 2011,Schweizer Illustrierte sent me a comment which is provided at the end of this article.
I again checked the link.
The information in German seems to confirm the information on Rajiv Gandhi.
May be I got my translation wrong.
If some one can confirm that the information on Rajiv Gandhi is wrong as per the magazine’s published Record,I hereby tender a Public Apology to Sonia Gandhi,Rajiv Gandhi and Family.
I have a few questions.
Why did the magazine take 10 years to deny?
Why does  Sonia Gandhi keep quiet?
What is the stand of India Today, Subramanian Swamy , S.Gurumurthy and the Indian Express?
Also note that the magazine , in its communication, has not denied it out right.
It says ‘as we think you might have cited it wrong’
Typical statement which while not confirming also does not categorically deny it.
If Schweizer Illustrierte’s article is wrong ,has Sonia Gandhi received an apology from them?
Questions, questions every where , not an answer to blink.
Magazines communication to me.
‘Submitted on 2011/02/02 at 7:40 pm

In an article written on March 18th 2009: INDIA has $1.4 Trillion of Illegal money stashed in Swiss Banks – Time to bring it home !, I wrote in the first para: “Rajeev Gandhi’s untimely death left Sonia Gandhi extremely wealthy. The true extent of her wealth became known only when the Soviet archives were thrown open following the collapse of the Soviet Union. KGB archives revealed that as far back as 1982, when Indira Gandhi was still prime minister, Soviet trading agencies were channeling funds into a company controlled by her son and future Prime Minister Rajiv Gandhi.

This was also brought to light by Harvard Russian scholar Yvgenia Albats in her book The State Within A State: The KGB and Its Hold on Russia. The Swiss news-magazine Schweizer Illustrierte (November 11, 1991) provided more details. Citing newly—opened KGB records, it reported that Sonia Gandhi, widow of the former Prime Minister Rajiv Gandhi, was controlling a secret account worth 2.5 billion Swiss francs (about 2 billion dollars at current exchange rates) in a Swiss bank in her minor son’s name.

FAIR USE NOTICE: This article may contain copyrighted material the use of
which may or may not have been specifically authorized by the copyright
owner. This material is being made available in efforts to advance the
understanding of environmental, political, human rights, economic,
democratic, scientific, social, and cultural, etc., issues. It is believed
that this constitutes a ‘fair use’ of any such copyrighted material as
provided for in section 107 of the US Copyright Law. In accordance with Title
17 U.S.C. Section 107, the material on this site is distributed without
profit to those who have expressed a prior interest in receiving the included
information for research, comment, discussion and educational purposes by
subscribing to USENET newsgroups or visiting web sites. For more information
go to:  http://www.law.cornell.edu/uscode/17/107.shtml
If you wish to use copyrighted material from this article for purposes of
your own that go beyond ‘fair use’, you must obtain permission from the
copyright owner.

Since newsgroup posts are being removed
by forgery by one or more net terrorists,
this post may be reposted several times.