I have come across A Siva Mantra ,called Amogha Siva Kavacham , addressed to Shiva. This mantra is to be recited once a day, preferably in the morning, for forty five days.Begin on a Shukla Paksha( Waxing of the Moon) Chaturthi, Panchami,Shasti or Sapthami. 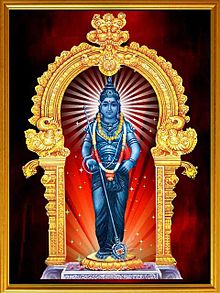 sMany of us find ourselves in a confused state of Mind, not knowing what exactly we want or what we are suffering from. I have received quite a few mails in the past few days, highlighting this, seeking relief. This state is characterized by self-doubt, low self-esteem,fear of future,worrying about others comments,diffidence, concern about health, … END_OF_DOCUMENT_TOKEN_TO_BE_REPLACED

We hear the words 'Stress,Mental Tension' often these days.

People are overtly concerned about this issue.

I am of the opinion that this is an unwanted concept imported from the west and is being used daily by every one to such an extent ,I have recently

found out that even a five-year old was saying that he is under tension.

My view is that it is a part of the body mechanism to survive and one need not be concerned about this.

On its own this stress or tension is productive if you do not dwell on it.

Start analyzing it you become miserable.

This is a mental condition reinforced by constantly thinking about it.

This process harms your physical and mental health and may even shorten your Life.

Ignore it, proceed with what you have been doing and enjoying.

This needs Practice and mental toughness.

However there are mantras for this in Hinduism .

Though this Mantra is not specifically meant for this, it is very powerful.

It also brings in wealth and power.

This Mantra was initially known only to Sukracharya, the Asura Guru.

The Devas got it by subterfuge from him by using Kacha, the son of his arch rival and Deva Guru, Bruhaspati .

This mantra was used to raise the Dead.

This was used by Sage Agastya to wake up Laksmana when he was struck with Mohasnastra by Inderjith in the Ramayana.

The physical Herb equivalent to this Mantra is Sanjivni, which Lord Anjaneya brought to revive Lakshmana.

For relief from Stress mental tension, Confusion and for better Health chant this mantra 108 times a day for 45 days.

For Self Realization, chant this Mantra One lakh(100000) times spread over 45 days.The

I am providing some Mantras for relief from mental disturbances, including Schizophrenia,Alzheimer's,Deep depression,Melancholia, Cancer,Life threatening diseases and Possession from evil spirits.

Some might why I have included possession by Evil Spirits in this category.

The answer is I have seen this personally.

While none could cure it, including famous psychiatrists, these Mantras have cured.

I have discussed this issue with many psychiatrists and Nero Physicians.

Their answer is' I do not know'

Recite any of these Mantras for 45 Days, begin on the sixth day of the waxing Moon, Sukla Paksha, early in the morning, Naivedya, Sakkarai Pongal.

On the day of completion feed one poor man or woman and if you can afford give them Clothes.