As to the origin of Sanskrit, it is from Shiva’s Damaru, a musical instrument, adorned by Shiva.

The sound of Damaru created Sanskrit and it was compiled as Maheswara Suktha.

This was revealed to Panini and Agastya 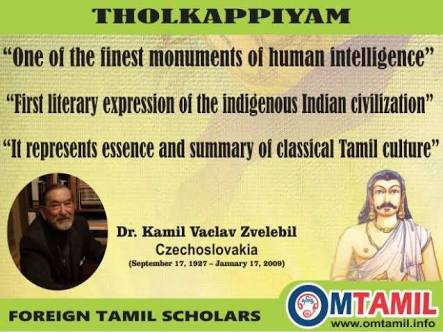 It is highly probable that he wrote Tholkaapiyam ,refining Aindhiram as it was becoming obsolete,disappearing. 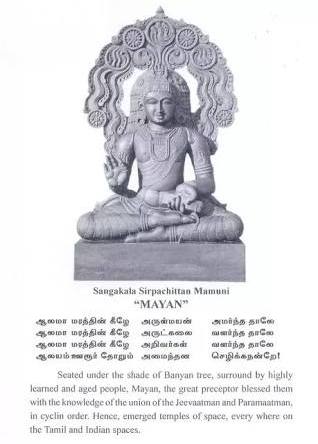 And as Tholkappiyar’s Guru was a Scholar of Vedas,which is in Sanskrit, is it that Aindhiram is a Sanskrit Work?

Agastya could not have written Aindhiram in Tamil as the First Tamil Grammar Agathiyam was by Agastya,which has been lost?

Why write two books on the same subject?

Or ,as Agastya is a schloar in both Tamil and Sanskrit,Aindhiram could be in Tamil?

The politician is a Dalit,

These people destroy the fabric of the society for they know nothing of the rich culture of Tamil and its traditions.

Let us see who Tolkaapiyar is from….?

In his preface to Tolkaapiyam he writes,

Gayatri Mantra, I was asked earlier, seems to be incorrect, as it contained the 24 letters as it is known to contain.

I have written a detailed article on this and explained how this view is incorrect.

Now based on Sanskrit Grammar, both old and Classical, an article has appeared and has gained wide acceptability.

It states that the Gayatri Mantra, as is being practised to day violates the Chandas or loosely translated as Prosody.

Gayatri is more of a Metre than mere mantra text.