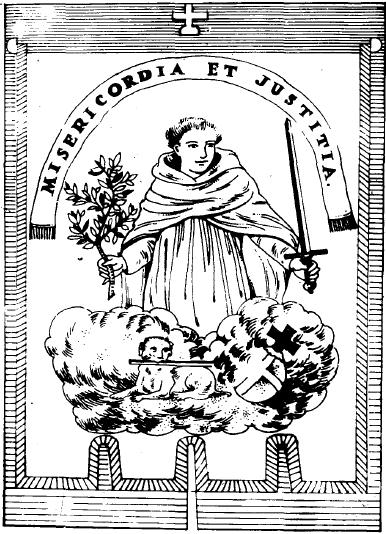 It is a fact that Indian history is distorted and misinformation is promoted.

One aspect of this nefarious design is to suppress facts relating to Indian,Tamil civilisation and deny their antiquity.

The other aspect is suppression of Barbaric acts performed by invaders.

While people are aware of these dastardly acts by Muslims,not many are aware of such cruel activities by Christians.

People tend to believe,that as compared to Islam, Christianity has been benevolent to India by establishing educational institutions in India and there is a view that without Christianity, India would have remained uneducated and Indians as Barbarians.

In fact James Stuart Mill,in his book on India,Indian History,states,

‘Indians were Barbaric steeped in superstitions’

This book,he wrote from England, without setting foot in India.

Please read m article on this.

However, there were other Invaders too.

The methods adopted by the Portuguese to convert Hindus is reprehensible.

They executed a program called ‘Inquisition’ in Goa for a period of three hundred years.

This was initiated by Xavier .

He wrote to the King of Portugal and the Pope.

Hindus were not allowed to retain their names.

They were burnt at stakes.

Such of those who were forced to become Christians were treated badly by the earlier Christians.

And those Christians,who secretly adhered to their Hindu Faith were singled out for still worse form of cruelty.

The man who was responsible was Saint(?) Xavier.

His body is preserved in Goa and I have seen people offering Prayers to him!

(Goa is sadly famous for its inquisition, equally contrary to humanity and commerce. The Portuguese monks made us believe that the people worshiped the devil, and it is they who have served him.)

‘nefarious, fiendish, lustful, corrupt religious orders which pounced on Goa for the purpose of destroying paganism (ie Hinduism) and introducing the true religion of .

70% of those found guilty of Crypto-Hinduism were executed, many prisoners starved to death and racial discrimination against Indians was rampant during the Goa Inquisition proceedings.

In Goa, the Inquisition also prosecuted violators of prohibitions against the observance of Hindu or Muslim rites, festivals or interfered with Portuguese attempts to convert non-Christians to Catholicism. The Inquisition was an instrument of the clergy for social control over Indian Catholics, Hindus and of Portuguese settlers from Europe (mostly New Christians and Jews). The Inquisition laws made observance of traditional Goan culture and the use of the Konkani language a criminal offense.The inquisition was also a method of confiscating property and enriching the Inquisitors.Although the Goa Inquisition ended in 1820, the religious discrimination and persecution of Indian Hindus and Muslims by Portuguese Christian government continued in other forms such as the Xenddi tax.

After Vasco da Gama returned to Portugal from his maiden trip to India, Pope Nicholas Vissued the Papal bull Romanus Pontifex. This granted a Padroado from the Holy See, giving Portugal the responsibility, monopoly right and patronage for the propagation of the Catholic Christian faith in newly discovered areas, along with exclusive rights to trade in Asia on behalf of the Roman Catholic Empire. From 1515 onwards, Goa served as the center of missionary efforts under Portugal’s royal patronage (Padroado) to expand Catholic Christianity in Asia. Similar Padroado were also issued by the Vatican in the favor of Spain and Portugal in South America in the 16th-century. The Padroado mandated the building of churches and support for Catholic missions and proselytization activities in the new lands, and brought these under the religious jurisdiction of the Vatican. The Jesuits were the most active of the religious orders in Europe that participated under the Padroado mandate in the 16th and 17th-century.

Portugal sent missionaries to Goa, and its colonial government supported the Christian mission with incentives for baptizing Hindus and Muslims into Christians. A diocese was established in Goa in 1534. In 1542, Martin Alfonso was appointed the new administrator of Asian colonies of Portugal. He arrived in Goa with Francis Xavier, an influential figure in the history of Goa Inquisition.Xavier had co-founded the Society of Jesus, the main source of missionaries who implemented the Inquisition. Further, in a letter dated 16 May 1546 to King John III of Portugal, Xavier pleaded the King to start Inquisition in Goa.Xavier’s recommendation for an Inquisition contrasted with his earlier writings in 1543 where he highly praised Goa. By 1548, the Portuguese colonists had launched fourteen churches in Goa.

Consequently, the converts typically had to adopt the surnames of the Portuguese priest, governor, soldier or layman who stood as godfather for their baptismceremony. For instance, the Boletim do Instituto Vasco da Gama lists the new names of some of the prominent ganvkars (Konkani: Freeholders). Rama Prabhu, son of Dado Vithal Prabhu from Benaulim, Salcette, became Francisco Fernandes; Mahabal Pai, son of Nara Pai, became Manuel Fernandes in 1596. Mahabal Kamati of Curtorim became Aleisco Menezes in 1607, while Chandrappa Naik of Gandaulim became António Dias in 1632. In 1595 Vittu Prabhu became Irmão de diago Soares and the son of Raulu Kamat became Manuel Pinto in Aldona, Bardez. Ram Kamat of Punola became Duarte Lobo in 1601, while Tados Irmaose of Anjuna became João de Souza in 1658. Since in many cases, fathers and sons were not necessarily baptised in the presence of the same godfather, this would lead to them having different surnames.