He came to South when Shiva asked him to go to south to balance the earth when Shiva married Uma in the Himalayas.

The next time he came down to south was around 5000 BC.

The dates have been arrived at by tracking the movement of Star Canopus,called Agastya,which is visible in the southern lattidues once on 5000 years.

Please check my articles on these.

The fact that Shiva had to send him to an area which was far off is mentioned in the Puranas,especially the Skanda,Linga,Shiva  Purana stating that the place he had to go was Dravida.

The tone and tenor convey a distant land, not a geographically adjacent one. 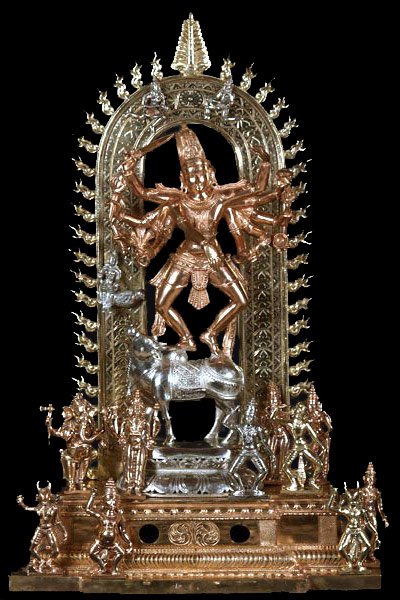 8.One may notice that Shiva is not mentioned directly in the Vedas as Vishnu and others are.He, however , is repeatedly mentioned in the Tamil Classics.

He was called the ‘Ancient of the Ancients’

The Shiva cult precedes Sanatana Dharma as is evidenced from the Earliest Tamil works like Agathiyam,written by Agastya and Tholkaapiyam by Tholkappiyar.

Both Agastya and Tholkaapiyar were Rishis, as declared by them.

They refer Shiva as the primary deity.

Rama,Krishna,Vishnu are also mentioned and their period is mentioned.

He is mentioned as beyond Time.

This indicates that Shiva cult was present  in the south even before  Shiva’s marriage with Uma in the Himalayas.

In the Shiva cult of the early times the Vedas,though mentioned, are not assigned a date.But the texts are clear that Shiva as a separate Entity though not in conflict with the Vedas is mentioned as the Ancient One.

9.The Avatars of Shiva are not in vogue in the north as much as in the south.

They are called Thiruvilayadal in Tamil and they are documented.

These avatars are reported to have taken place in the Tamil ,Dravida Region.

This is not the present Madurai ,Tamil Nadu.

This refers to Then (south) Madurai which was devored by  the sea.

The Shiva worship was prevalent there before Rama and Krishna worship.

10.Lord Shiva is considered to be the founder of the Tamil language.

He founded the language along with Sage who wrote the First  Tamil book on Grammar,Agathiyam.

There were three such Conclaves,Tamil Sangam.

The first one was presided over by Shiva and the third one by Subrahmanya,his son,who is also considered to be a co founder of Tamil.He was called Murugan.

The Tamil Sangam was attended by Lord Krishna.

He participated as a special invitee.

11.Lord Shiva got married to, in one of His avatars,to Meenakshi of Madurai.

Shiva, in this Avatar, was called Chokkanatha,Sundareswara in Sanskrit.

Meenakshis father Malayadwaja Pandya participated in the Mahabharata war alongside the Pandavas.

The marriage ceremony was conducted through the Vedic rites.

This is specifically mentioned.

This is of importance as the marriage was not conducted the Tamil way.

This means the Vedic custom did not take deep roots then.

12.Rama finds references in the ancient classics of the Tamils.

He,as in the case of Krishna,was treated as a human being,though he was worshiped later.

This again confirms that the Vedic people were considered as from the north with a culture,though similar from the north,Aryavarth,Meaning from a ‘Blemishless place’

14.Ravana was from the Dravida desa and a Brahmin.

He married Mandodari from the north overcoming objections to the marriage of Mandodari to a Dravida.

15.Ravana learnt the Vedas and recited them at Kailash, the Abode of Shiva .

17.Rama’s,ancestor Vaivaswatha Manu was from Dravida Desa and he migrated to Ayodhya and his son Ikshvaku founded the Ikshvaku Dyasty.

19.Shiva temples,which are quite ancient,are quite numerous as compared to North.

20.While Shiva’s marriage with Uma and Shiva’s loneliness because of the loss of Sati and Shiva as an ascetic is known in the north, not much of Him is heard there as in the south,about His sons,Ganesha and Subrahmanya,which is detailed in the south

21.Vasi yoga is the predecessor of Patanjali’s Yoga Sutra and this was revealed in the South by Shiva.

22.The Siddhas,the Enlightened souls, from the south had  a distinct system of Shiva worship and they were aware of Vedas. Patanjali,Agastya and Valimiki were Siddhas and have wriiten philosophical treatises in Tamil.

Valmiki mentions in his Tamil poem that he was a Vedic Brahmin.

24.The migration to north seems to have been necessitated because of Great flood in each yuga and Puranas/ ithihasas/Tamil classics assert this.

I can go on adding.

What happened after the flood and the compilation of the Vedas will be detailed in the forthcoming article.

6 thoughts on “Vedas Complied In The Arctic Why How By Whom ? Part 2”

Chozhas Were In North , permanently Settled in South In Dwapara Yug?

From the genealogy it transpires that the Earliest Chozha kings seem to have been present in the North of Vindhyas , annexed and ruled the areas of South. Sibi is referred to as Sivi in the North and he ruled from there.

To say it is Freedom of Expression or Free Speech does not hold  water as children are not aware of what they say in the skit. Those who design the skit should be man enough to speak the points in person without hiding behind children.